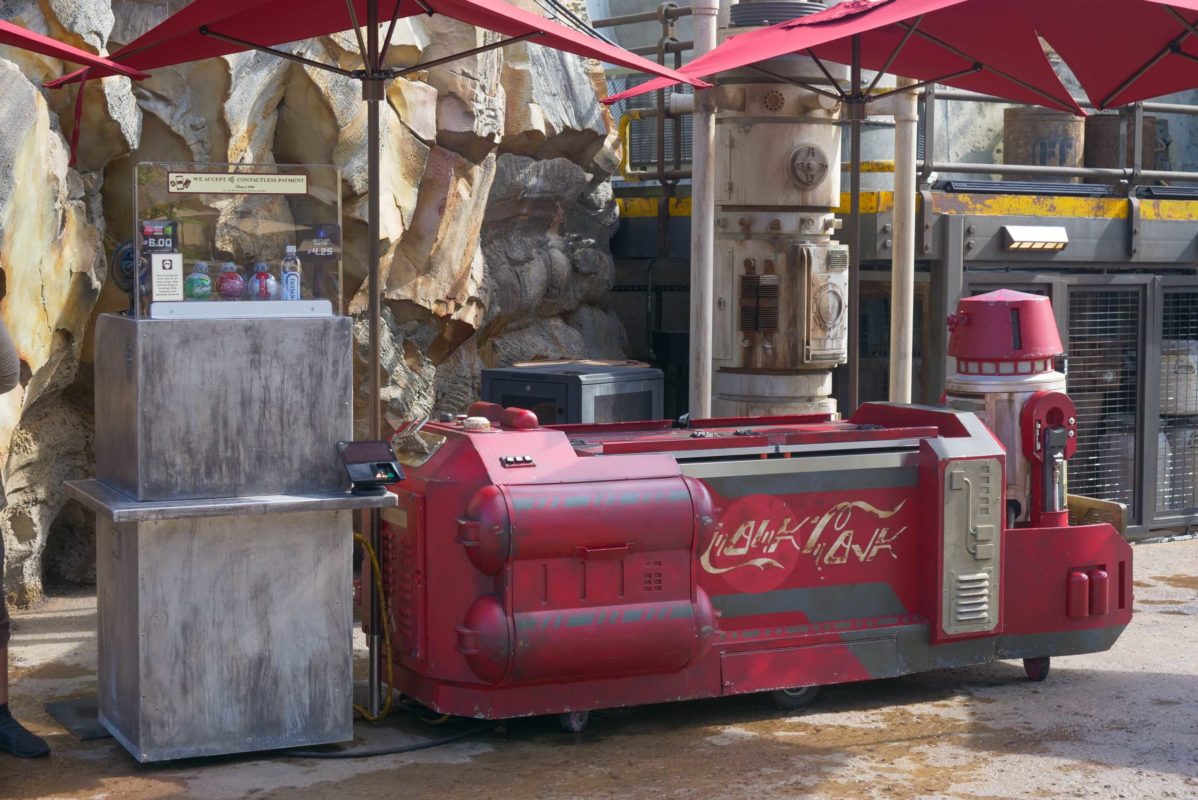 Just weeks after it arrived, beer is no longer available from the Coca-Cola droid carts in Star Wars: Galaxy’s Edge at Disney’s Hollywood Studios.

The Blue Point Brewery Gold Squadron Lager was available at select carts beginning in mid-August, having previously been exclusive to Oga’s Cantina.

According to Cast Members in the land, the change came after The Coca-Cola Company was reportedly upset that other non-Coca-Cola products were being sold at the carts. (It could well be that Coca-Cola funded or purchased these carts as part of a sponsorship deal.) Currently, guests can purchase themed bottles of Coca-Cola, Diet Coke, Sprite, and Dasani at the carts.

Beer is still available at the kiosk across from the Milk Stand. The tap, which matches the worn look of the area, can still be seen in the corner, along with signage advertising the beer.

PHOTOS: Flash Back to the 90’s With a NEW Retro Crop Hoodie and T-Shirt at Walt Disney World