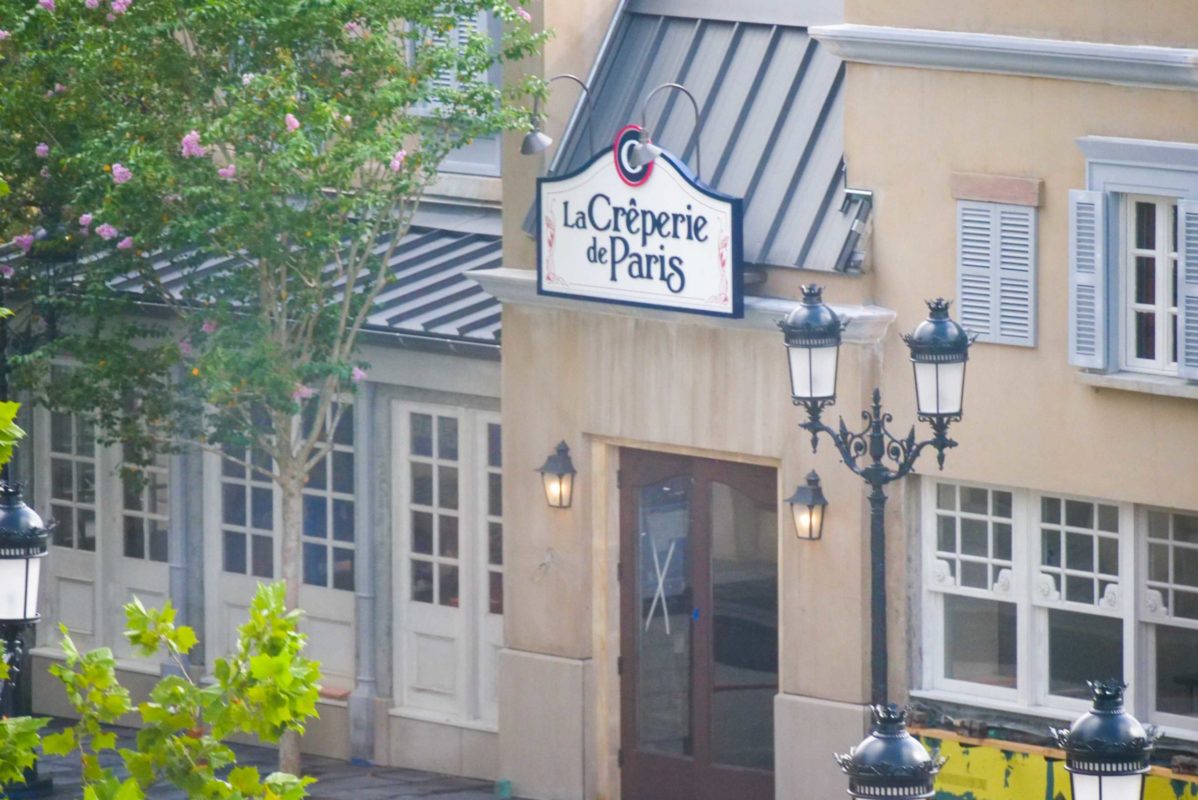 Every day brings a new update to the upcoming France Pavilion expansion at EPCOT. Most recently, we’ve seen that landscaping has started around the pavilion, beginning to bring it to life. Then, today the signage for La Creperie de Paris appeared!

The sign for the establishment is done in a classic French style, with the colors mainly white and accented with blue and red. La Creperie de Paris is written beautifully in the middle in a darker blue, to make it pop and sure to stand out to guests as they stroll along the sidewalks.

Below we can see an image of the concept art that was released during D23 with the announcement of the restaurant.

This expansion, along with Remy’s Ratatouille Adventure, was originally scheduled to open the summer of 2020, but has since been delayed with no updated date.

Are you excited to see La Creperie de Paris start to come to life? Let us know in the comments below.

1 thought on “PHOTOS: First Look at Signage for La Creperie de Paris in the France Pavilion Expansion at EPCOT”