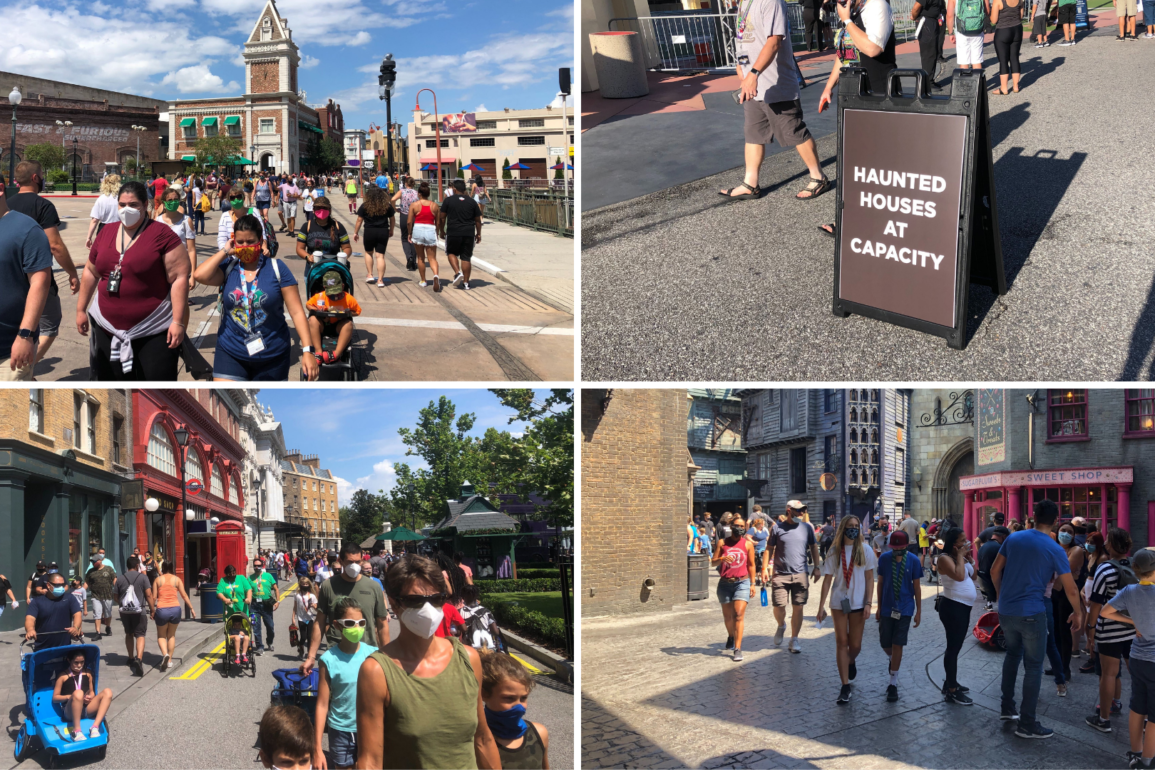 Universal Studios Florida is the most crowded we have seen it since it reopened. Last weekend, the parks hit capacity as Halloween festivities began. This weekend, it seems Universal is less concerned about limited capacity.

Universal Studios Florida’s two Halloween Horror Nights haunted houses are open today and tomorrow, and then will be operating daily from October 3 through November 1.

It’s possible Universal Orlando Resort has lifted their capacity limits after Governor DeSantis moved Florida into “Phase 3”, though they have not made an announcement stating this.

The haunted houses did reach capacity this morning.

Some areas were less crowded, but lines for attractions and quick-service kiosks filled up sidewalks.

It seems Universal Studios Florida is slowly returning back to its pre-COVID normal.

Do you mind if there are crowds when you’re visiting Universal Orlando Resort? Let us know in the comments.