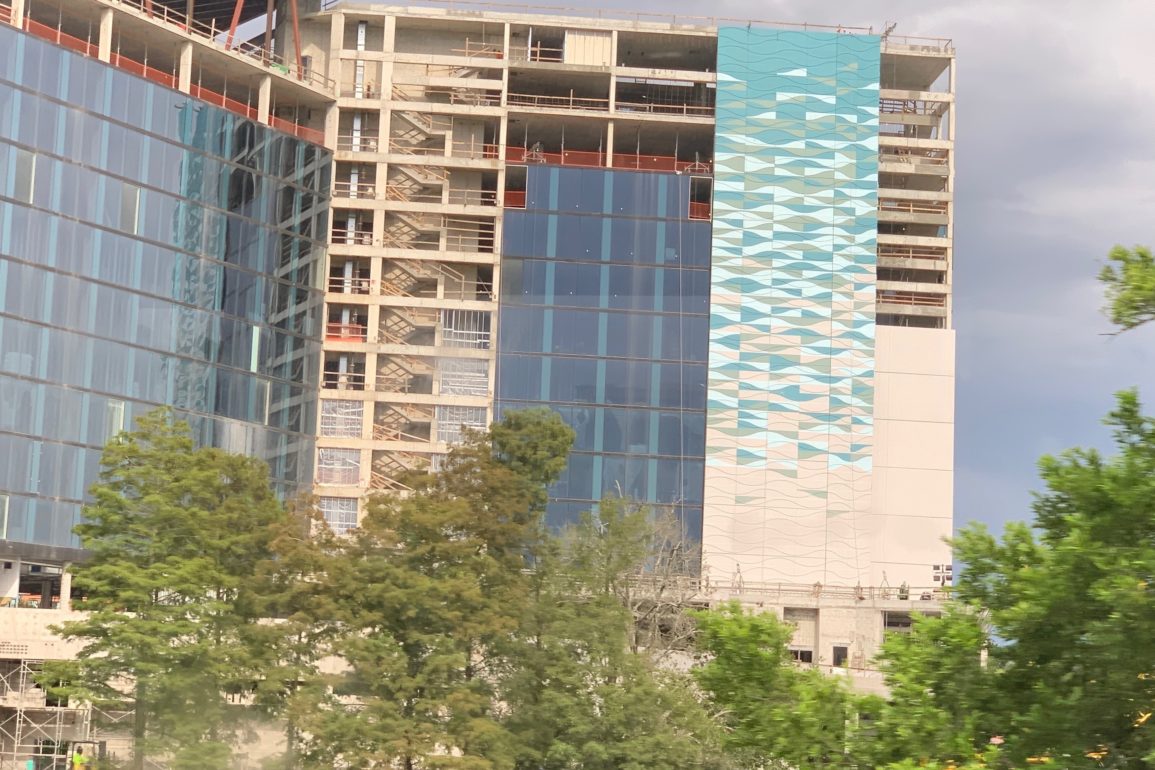 The Walt Disney World Swan Reserve, previously known as The Cove, has been under steady construction for over a year. A few weeks ago we noticed a row of wave-themed paneling being added to one wing of the hotel, and this row is now complete.

More windows have also been installed.

The wave panels create a blue to white gradient on the side of the hotel.

The Walt Disney World Swan Reserve will feature a rooftop restaurant and lounge, which will have a dedicated ground floor entrance and elevator for those not staying at the resort. It will be a 375 seat upscale restaurant with a partial expo kitchen. The bar will have about 40 seats. The windows will be floor to ceiling to provide a great view of Walt Disney World, including a rooftop trellis area for unobstructed views.

Are you excited to stay at The Walt Disney World Swan Reserve? Let us know in the comments.