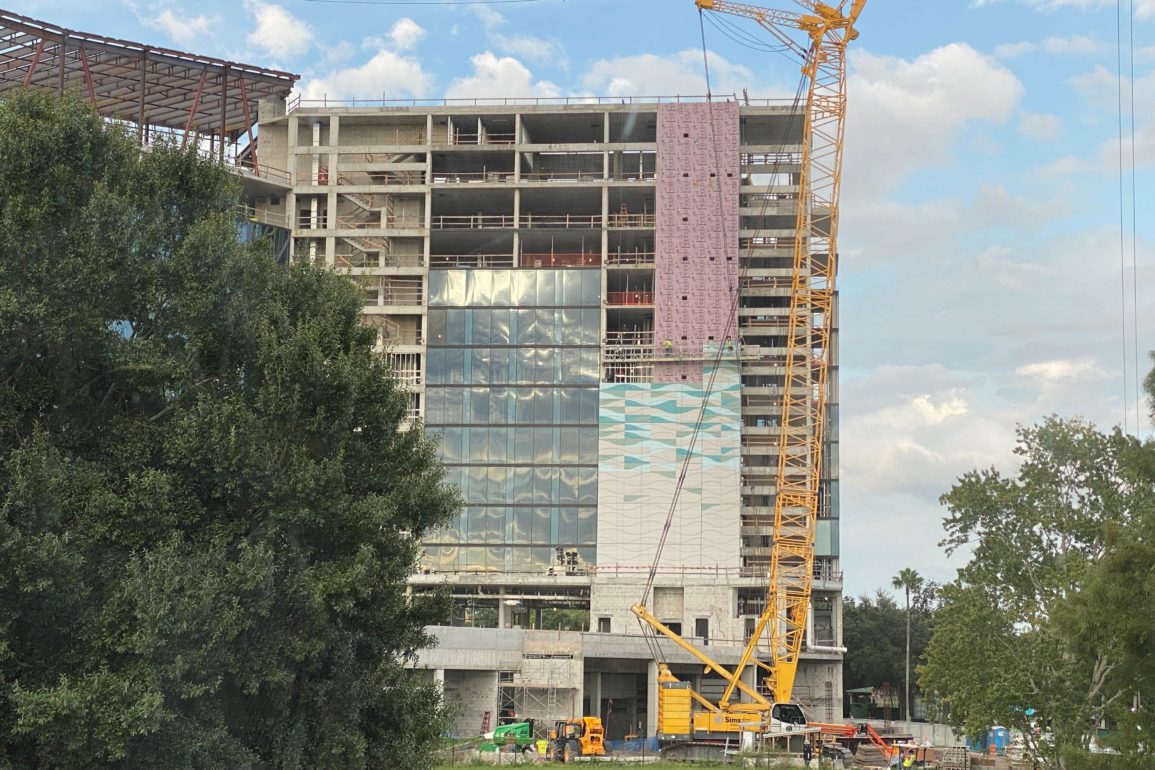 We stopped by the Swan Reserve hotel today to see how construction was coming along. After being announced as “The Cove Hotel” back in 2018 and construction beginning in early 2019, this tower has moved along at a steady pace. While many other projects shut down during the pandemic, this one has continued construction despite the resort shutdown. And then just last week, it was announced to WDWNT that the hotel will officially be called The Walt Disney World Swan Reserve.

Construction now is continually progressing and new panels are being added. Those who read our last construction update on August 28 will notice the addition of another row of windows, some updates to the concrete, and most notably the first of the themed decorative panels!

These themed panels are going up along the outside of one of the wings of the hotel. The pattern evokes the feeling of waves, playing in with the theme of what was once “The Cove” and now will work with the theme over at “The Dolphin,” its sister hotel.

Additionally, the top row of windows on the left have been newly installed.

Are you excited to stay at The Walt Disney World Swan Reserve? Let us know in the comments below. And check back with WDWNT.com for future updates on its construction progress.