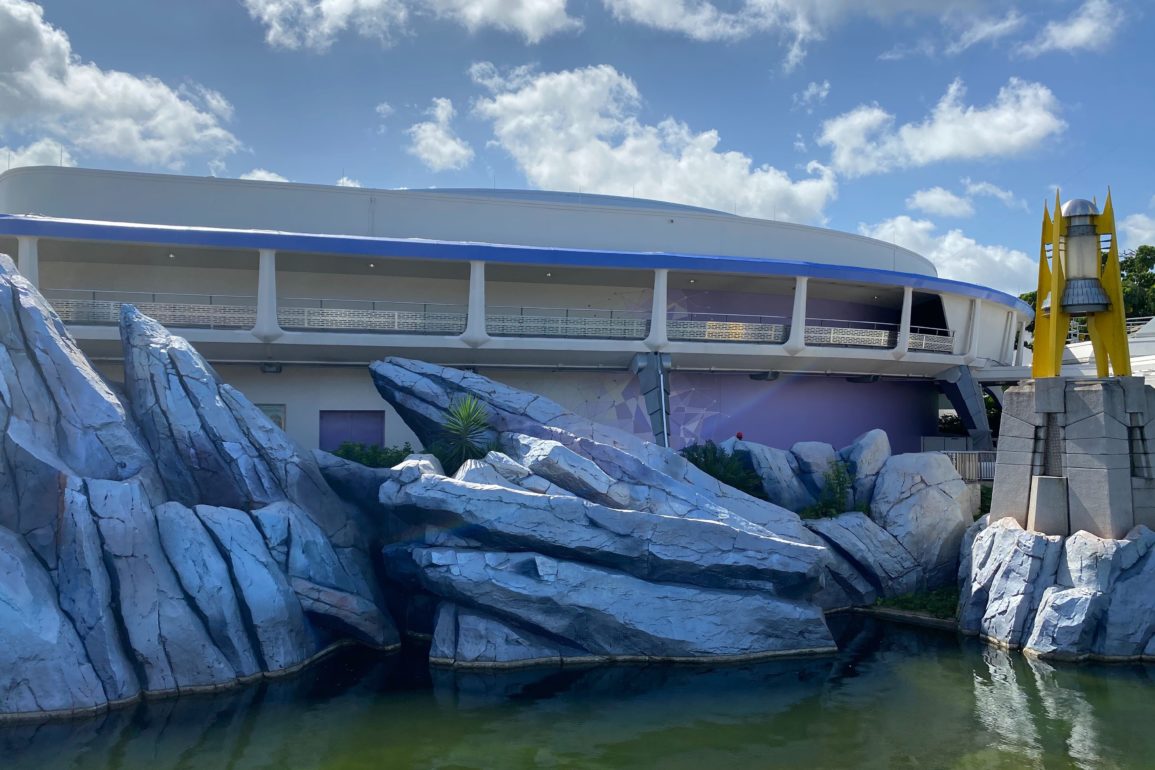 PHOTOS: Scaffolding Down, Vertical Supports Completed at the Tomorrowland Entrance in Magic Kingdom

The refurbishment at the entrance to Tomorrowland at the Magic Kingdom is seemingly complete, as the scaffolding has been completely removed.

The scaffolding reached as high as the Tomorrowland Transit Authority PeopleMover track as work continued to restore the land to a classic-inspired look, removing many of the thematic elements installed in 1994.

For several months, the columns of scaffolding had stood near the entrance from the park hub, obscuring the famed Purple Wall, though it was still accessible behind them. Yesterday, two of the columns were removed, making the popular photo spot visible once more.

Now, the majestic blue rocks are the main eye-catcher in the area once more.

With work in the area seemingly finished, the future is looking bright for the world of tomorrow.

Keep reading WDWNT for continuing coverage of the redesign of Tomorrowland in the Magic Kingdom!