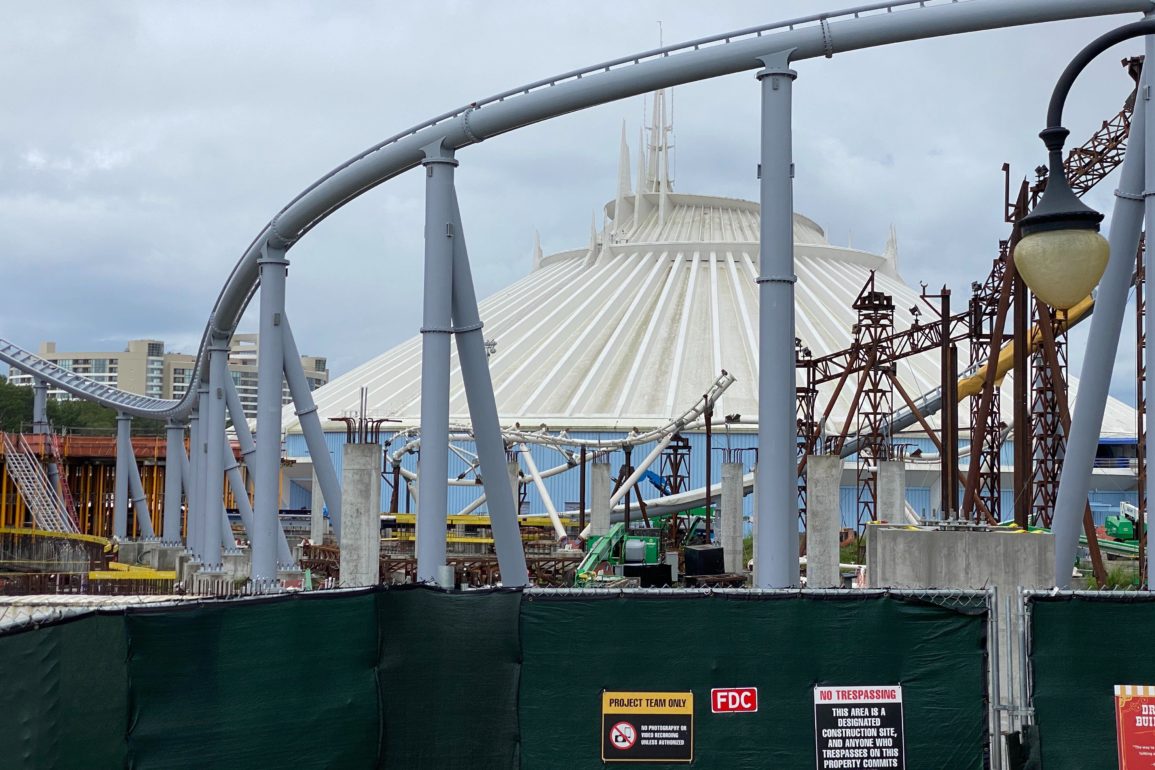 We’ve been keeping a close eye on construction progress of the future canopy at TRON Lightcycle / Run. The illuminated canopy will cover an outside portion of the roller coaster’s track.

Since our last update, some red tarps have appeared around the edge of the canopy construction currently on the ground.

It looks like these red tarps might just be acting as a wall around the canopy for now while construction continues.

Another white piece of the coaster is still visible in the foreground of the construction site.

Over by the track, you can see the curving white pieces that the canopy will later connect to and the reddish-brown supports that will be used for installation.

TRON Lightcycle / Run is set to be completed in 2021, barring any further delays. The Magic Kingdom guidemap does declare the coaster is “Now Programming” which indicates that Disney is planning on opening it sooner rather than later. You can check out a full POV ride-through of Lightcycle / Run’s sister coaster in Shanghai by viewing our YouTube video below: