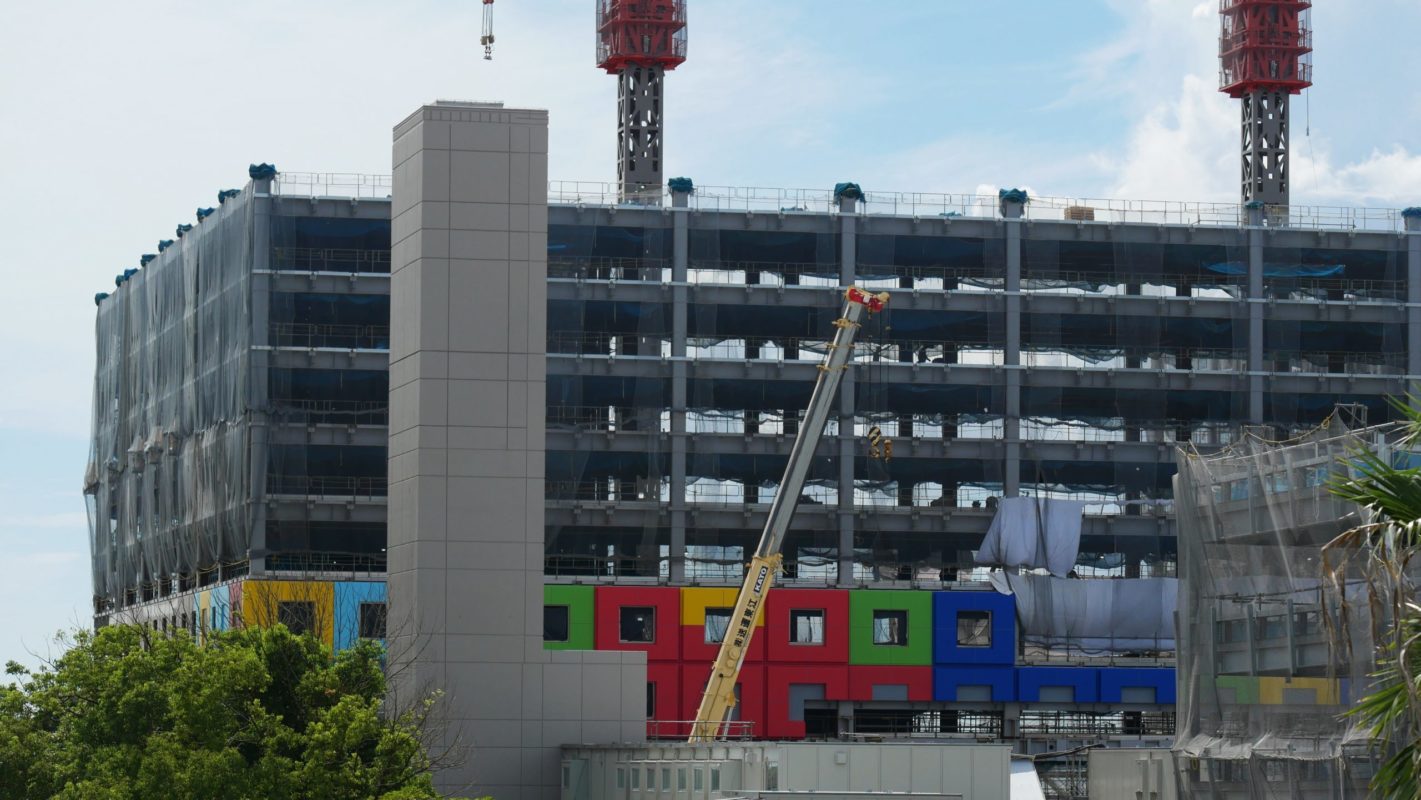 The Toy Story Hotel is set to open next year at Tokyo Disney Resort, and although we haven’t heard anything new about it since last year, the project keeps chugging on towards completion! The eleven-story hotel hasn’t quite reached its topping-off point yet, but facade work has already started, giving us a small idea of what the hotel will eventually look like! Let’s take a look!

The parking garage in front of the hotel is mostly complete. It’s in a rather obtrusive place, so Guests will likely enter to the left or right of the garage from Bayside Station on the Disney Resort Line.

From the platform of Bayside Station, we can see that the colorful blocks facade has already started installation on the front of the Toy Story Hotel. Perhaps the entire hotel will be covered in these?

The upper levels are still little more than basic structure. Only nine of the planned eleven stories are even in the air as of yet, so the rest of the structure still has a long way to go.

It seems that the pieces are painted after installation, with parts of the hotel featuring colorful designs and others with a bland brown design.

But paneling still has a long way to go.

The backside of the hotel, which is shaped like a U, is nowhere near as complete in exterior appearance as the front. The hotel will feature 600 rooms across 11 stories, so the small footprint will actually be chock full of budget hotel rooms.

While there’s no listed opening date other than FY2021 for the Toy Story Hotel at Tokyo Disney Resort, the timeline of only a year or so from now means we’ll be in this hotel before we know it! Are you excited to stay at the Toy Story Hotel? Let us know in the comments below, or on social media!