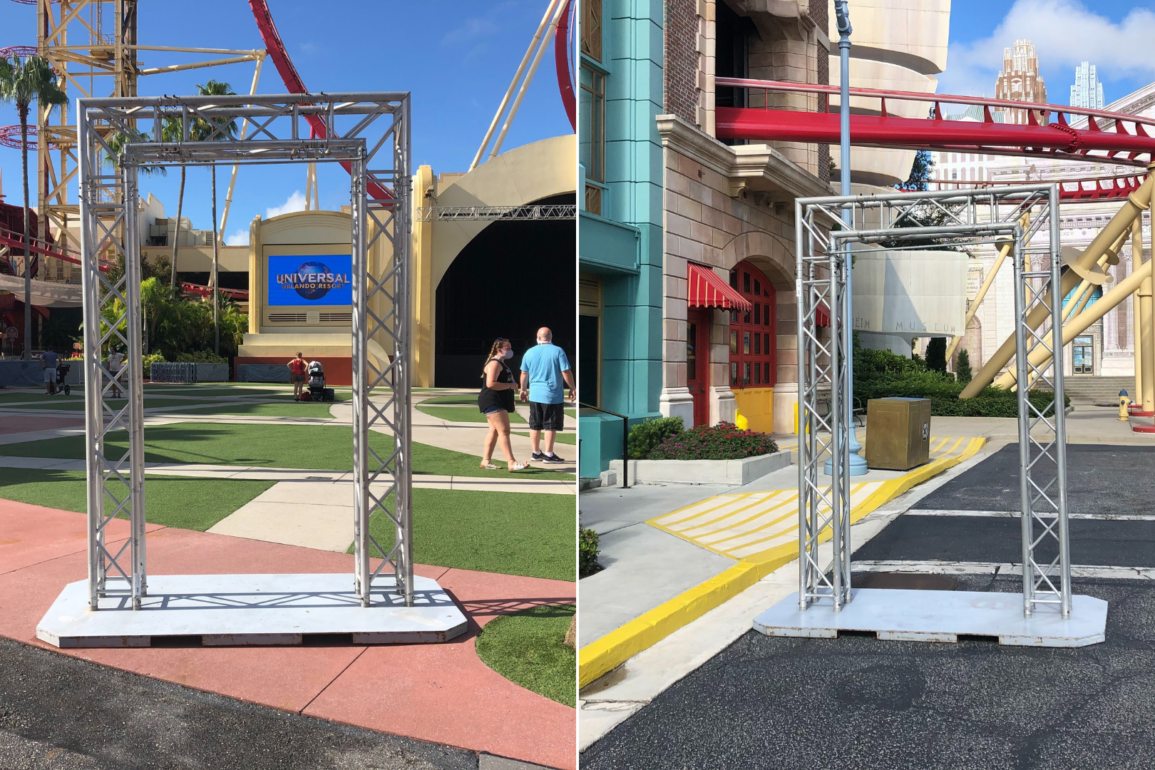 Based off of various speculation maps, these houses could be themed to anything from Universal Monsters – The Brides, The Texas Chainsaw Massacre, Bedtime Stories: The Tooth Fairy, or Beetlejuice, which has already made an appearance at this year’s Tribute Store.

Rumored to being next week, two houses are expected to open during the day at Universal Studios Florida. If you look closely at recent park hour changes, September 19 now lists an 8:00 PM close for the park. The new offering would be available only on Saturdays at first, and then Wednesday through Saturday starting in mid-October. No details are available on the logistics of exactly how these houses would work in light of new health and safety measures.

As with all rumors, this has yet to be confirmed by Universal Orlando Resort, but we will keep you informed as to any updates. As a reminder, Halloween Horror Nights (as in, the event itself) is officially cancelled this year, with only the Tribute Store available for HHN-branded merchandise.

Are you looking forward to (potentially) experiencing some modified haunted houses this year at Universal Orlando Resort? Let us know in the comments!

Next
PHOTOS: TRON Lightcycle Run Illuminated Canopy Coming Together at the Magic Kingdom