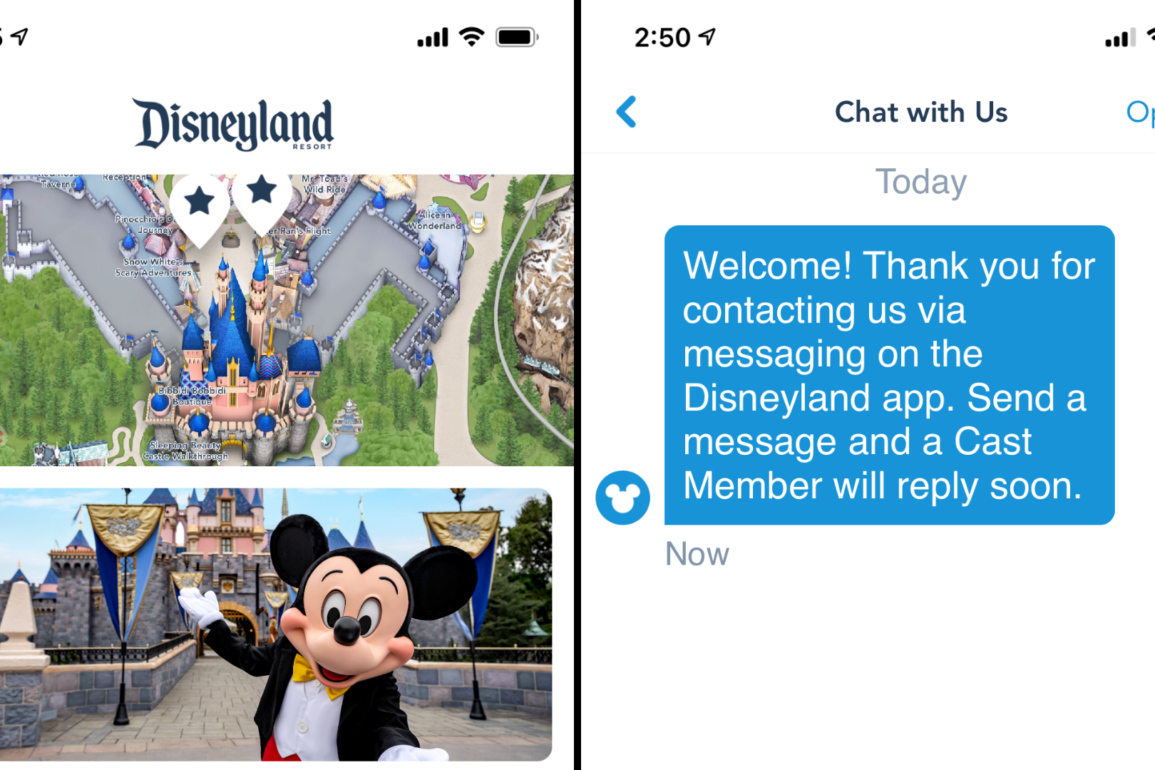 Despite the ongoing closure of Disneyland and Disney California Adventure, Disney continues to update the Disneyland app. The latest version adds a feature that allows guests to chat with a Cast Member. It also provides up-to-the-minute “Know Before You Go” information.

The chat feature will prove handy as Disney prepares to reopen Buena Vista Street for shopping and dining at Disney California Adventure. Guests will likely have questions about which stores and locations are available.

The Chat with Us feature has been added to the app’s main menu. The button only appears when the guest is logged into a Disney account.

Tapping the button takes the guest to a familiar texting interface.

The “Know Before You Go” information is accessible from the app’s home screen.

Two buttons are available: one for Downtown Disney District, the other for the Disneyland Resort.

The Downtown Disney District screen provides information on reopened stores and dining locations, as well as an overview of health and safety protocols.

Guests need to scroll down to find specific details, such as Park Reservation System information and the suspension of ticket sales.

With Disneyland shuttered for the foreseeable future, mostly bad news has been coming out of Anaheim. With 10,000 Cast Members to be laid off and the resort being the subject of Joe Biden ads and Elizabeth Warren inquiries, the California destination’s future is cloudy.