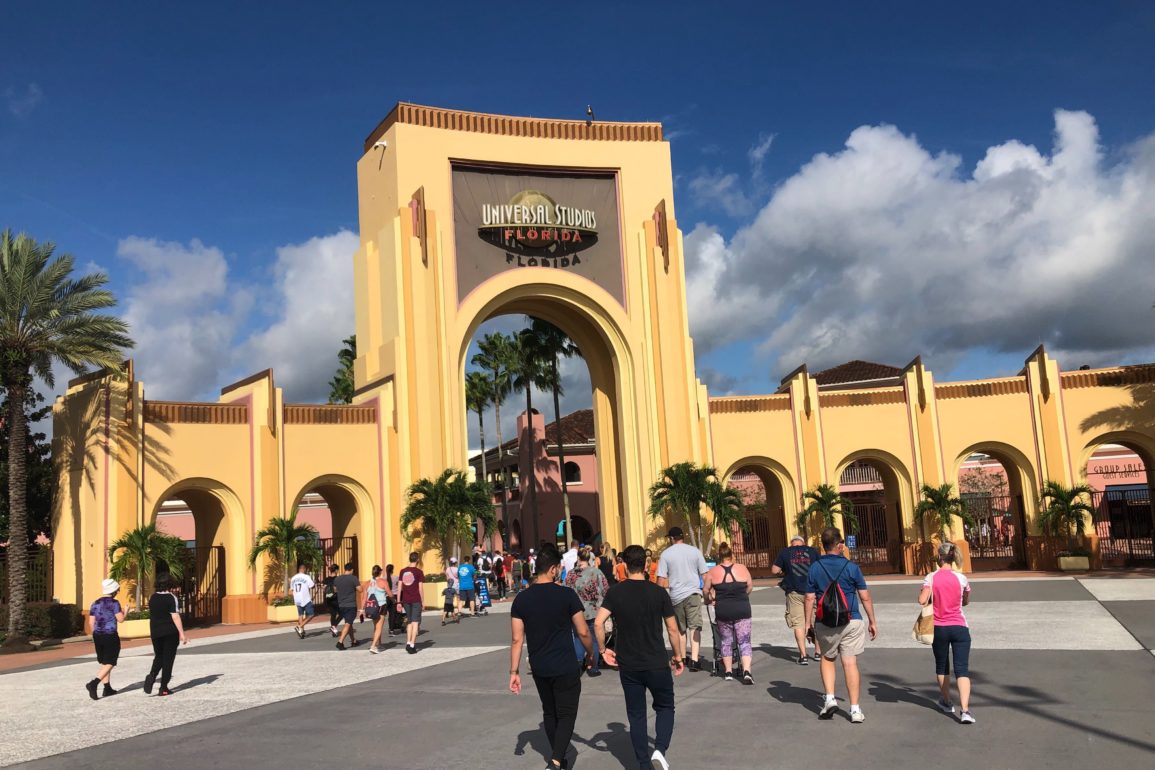 The holiday weekend is here and we’re ready to brave the crowds at the Universal Orlando Resort. This is the second consecutive day that both theme parks have hit capacity before noon. Let’s make our way to Universal Studios Florida and see what’s happening.

Crowds were trickling in slowly at first, but then there was a surge of guests mid-morning.

The standby line for Men in Black Alien Attack stretched all the way down to the Fear Factor Live U Rest.

Lines were long all around the park for food and attractions. You can check out more crowd photos from this afternoon here.

The Bourne Stuntacular was having an extended delay due to technical issues.

Harry Potter and the Escape from Gringotts was at capacity early in the morning. The Team Members were informing guests that the entire queue was at capacity and would reopen again once there was more space.

Many guests seemed to be hanging out near the entrance of the attraction, waiting for them to start allowing more people into the line.

Construction is making steady progress on the new store in CityWalk.

Over in Islands of Adventure, one lone torch was lit on the Jurassic Park entrance archway. Last night, we spotted one of the torches lit along the top of the sign, so it would be nice to see all of them lit again soon.

A duck was checking out the Jurassic World VelociCoaster construction.

There are lots of crowds around Hogsmeade this afternoon, as usual.

That Frozen Rose looks really good right about now. You can find this in Marvel Super Hero Island, but the stand is usually only open on weekends.

Gloria the hippo from “Madagascar” recently debuted as a new meet and greet in the Lost Continent, and now she’s got a fashionable new grass skirt.

The Amazing Adventures of Spider-Man had a 90 minute wait and was using their extended queue.

Popeye and Bluto’s Bilge Rat Barges was at a 75 minute wait when we passed by. Thankfully, it had just rained so many guests were already wearing ponchos.

Skull Island: Reign of Kong had a 90 minute wait.

That’s all for this visit around the parks. Thanks for joining us on this busy weekend, and be sure to keep following Universal Parks News Today for more updates.