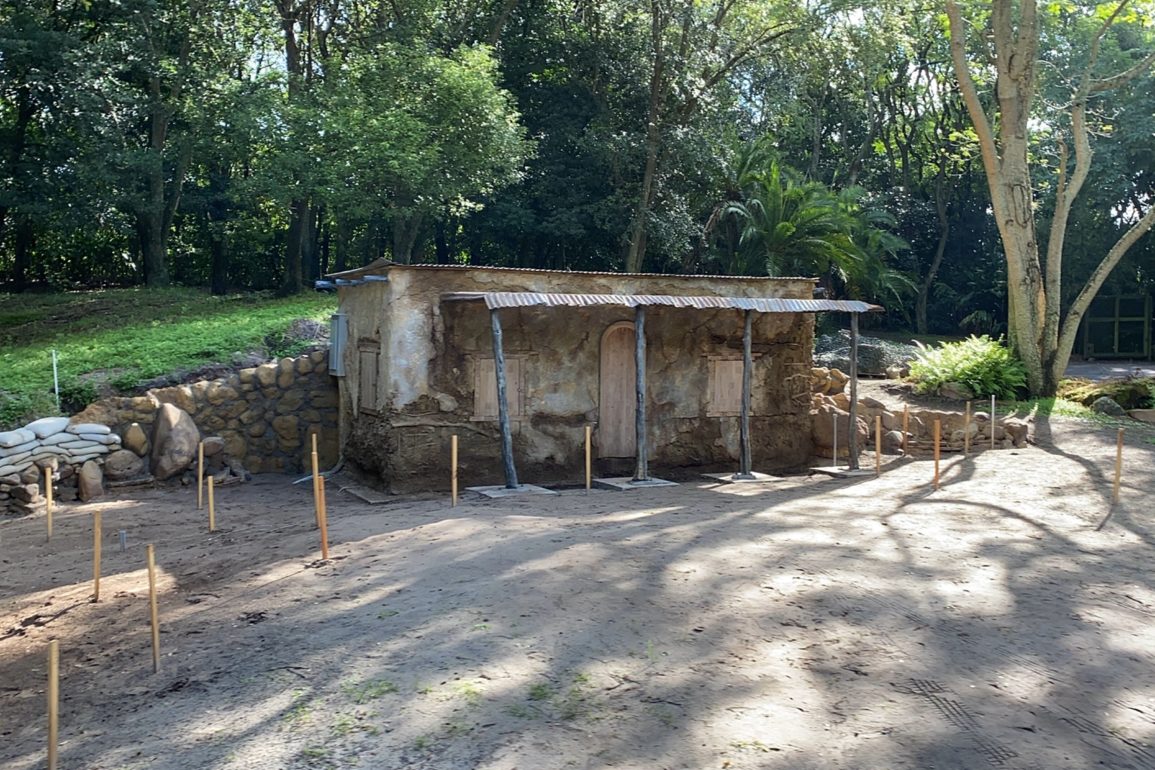 A week after it was first added, the safari truck at the upcoming goat exhibit on Kilimanjaro Safaris in Disney’s Animal Kingdom is gone.

The truck was previously parked on the left side of the building.

Before the truck was added, the most recent update to the construction of this new goat exhibit was rock work on the back wall.

The sticks in the ground indicate that some landscaping may be done next.

Theming seems to be finished on the building and back walls.

Some birds have already made themselves at home nearby.

A pile of construction supplies remain under netting behind a tree.

The structure has been under construction since at least August and work has been moving quickly. We don’t know when goats will be moving in, but we’re looking forward to seeing them.

Are you excited to see goats on Kilimanjaro Safaris? Let us know in the comments.