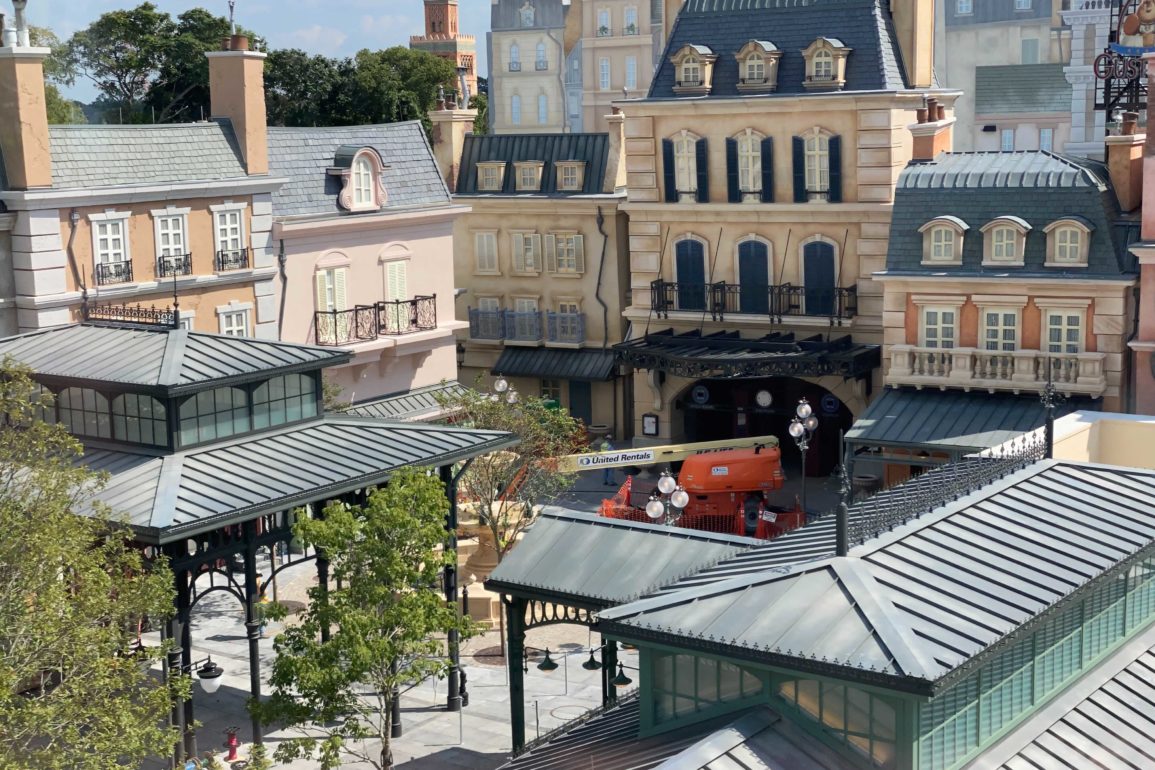 Though rumors suggest that Remy’s Ratatouille Adventure will not open this year, the exterior portion of the France Pavilion expansion is coming along nicely. Signage was recently installed at the future attraction and street signs were added to buildings.

There were workers on the sidewalk next to La Crêperie de Paris when we rode the Skyliner today.

Additional shrubbery is ready and staged in the courtyard to the right.

Flowerbeds were recently added to the yellow building’s windows.

Some tiling remains to be completed, with a few tiles sitting at the side of the street.

The ticket booths just past the attraction entrance are no longer wrapped in plastic.

In the screenshot above, you can see exactly how the ticket booths look at the attraction’s sister iteration in Walt Disney Studios Park at Disneyland Paris, courtesy of our friends over at MouseSteps. You can also view their full POV ride in the video below:

From this angle, we can see curtained windows in the building next to the fountain.

A tarp is laid out on the street in front of the new restrooms. There are a couple empty planters too.

There are still tarps and construction equipment at the entrance archway to the expansion.

We may not get to ride Remy’s Ratatouille Adventure this year, but we’re crossing our fingers that we get to walk around the France Pavilion expansion.

Are you excited to visit the crêperie and walk cobblestone streets? Let us know in the comments.

Next
Disney Looks to Protect “Avengers”, “Guardians of the Galaxy” Film Profits from Lawsuit by Technology Company