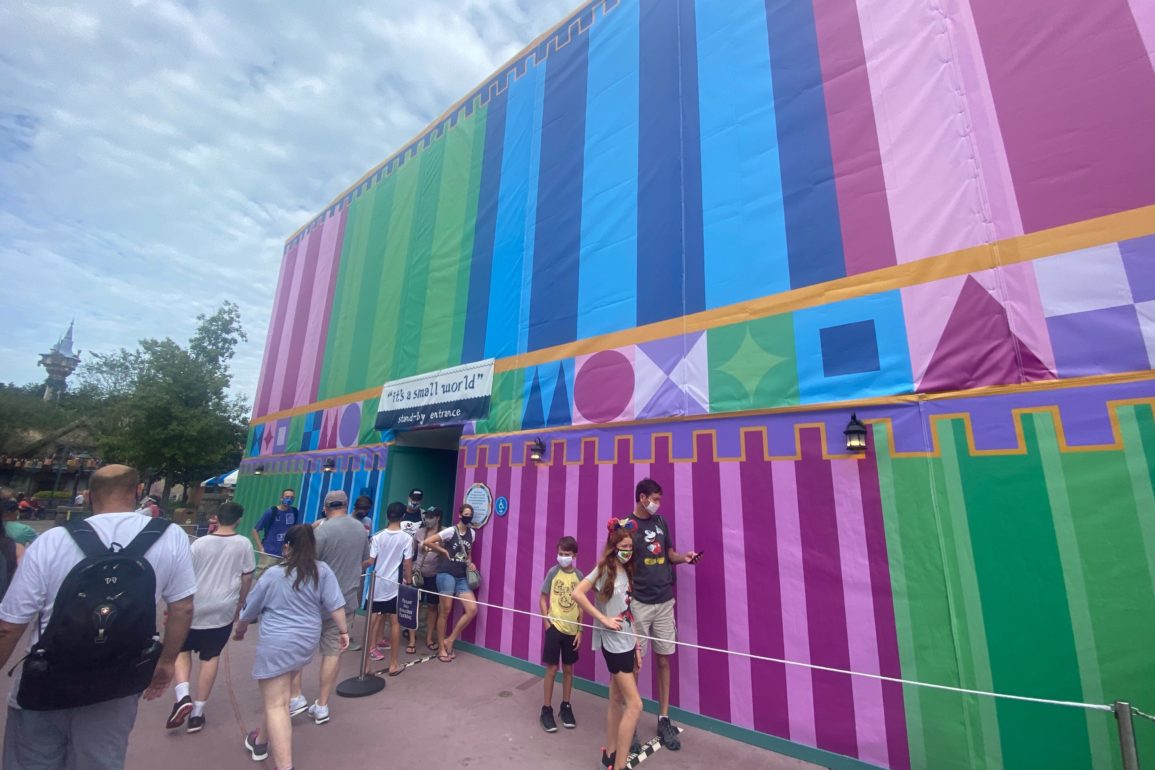 While under refurbishment, “it’s a small world” is almost entirely covered in construction walls and scrims. Thankfully, Disney is at least giving these walls and scrims a themed look. Yesterday, we saw a few new colorful scrims and today they have overtaken more of the walls.

The striped scrims descend over the green construction walls.

The righthand section of scrim and walls have yet to receive the theming.

Lights poke out from the scrims. Some access doors are covered, while some are not.

“it’s a small world” is being refurbished ahead of Magic Kingdom’s 50th anniversary next year. Though not confirmed, it’s possible the entrance and the exit of the attraction will be switched back to their original placement. Walt Disney Imagineering filed a permit for new signage at the attraction just before construction walls went up.

Are you excited to see the refurbished “it’s a small world”? Let us know in the comments.