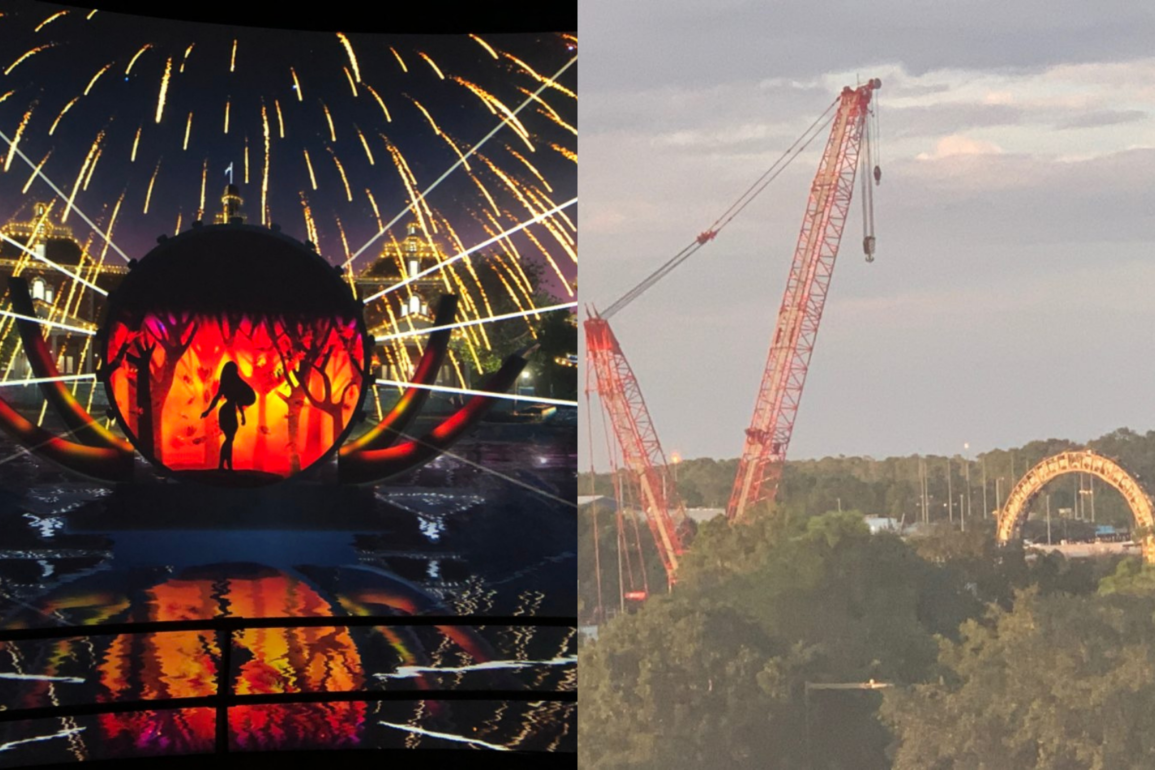 From fireworks tests and tech crew surveys to aerial photos of the construction site, news continues to swirl around “Harmonious”, the upcoming EPCOT nighttime spectacular will that will take place on World Showcase Lagoon. Large barges are currently being constructed backstage. The barges themselves will host a bevy of multimedia features, including large screens. We were able to see current progress during a flight on the Disney Skyliner, including breathtaking views of the show’s main, circular centerpiece barge.

Now erected and mounted onto its base, the centerpiece of “Harmonious” will soon (or, rather, once the show eventually debuts) be outfitted with a massive screen to showcase beloved scenes from Disney and Pixar films.

As seen in the concept rendering featured at the EPCOT Experience, the center barge will have lighted arms flanking the sides. Along the edges, laser lights and more effects.

From the Disney Skyliner, it appears as if a massive Stargate has been erected in the backstage of EPCOT. We recently caught a glimpse at work on the other 4 barges that will accompany this center one.

The large, red crane has been on site for months, lifting assemblies to the barge structure. The barges are being constructed backstage, in the dock area just behind the China Pavilion.

Originally scheduled to debut late this year, the “Harmonious” project was briefly put on hold during the park’s COVID-19 closure. Construction seems to be running at full speed now.

Are you looking forward to this elaborate nighttime spectacular? Let us know in the comments!