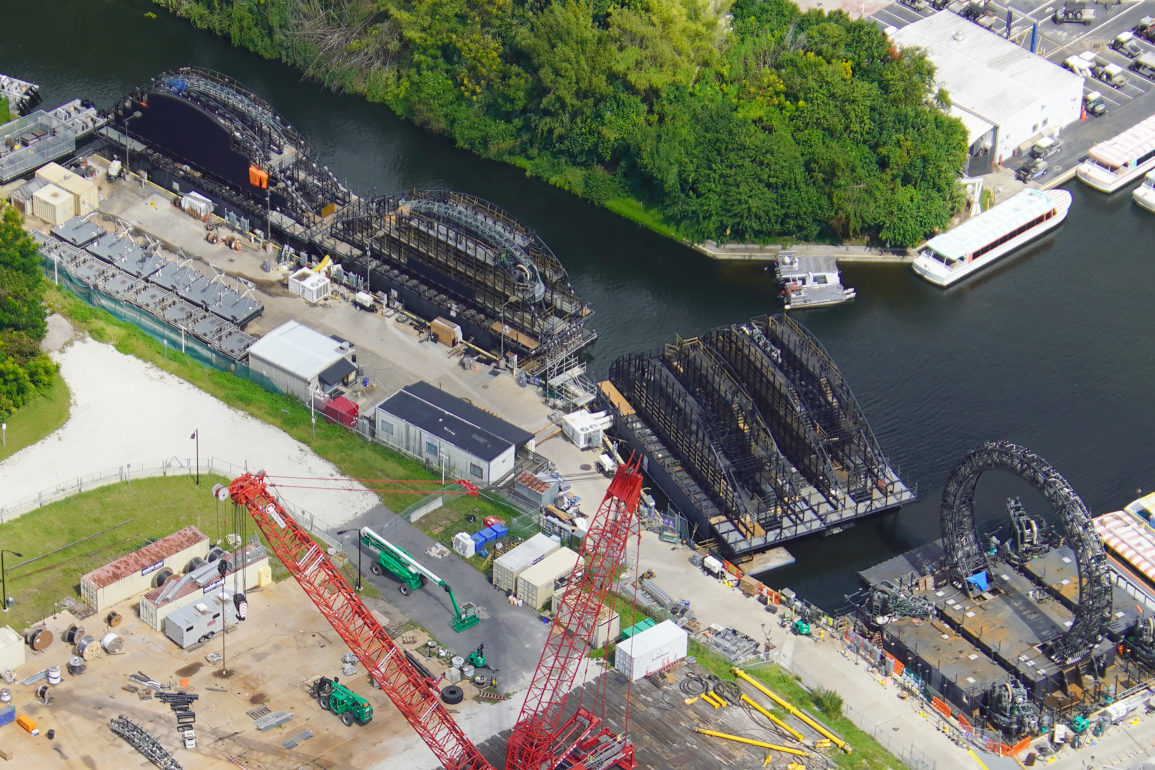 As seen thanks to yet another stunning aerial update from our friend @bioreconstruct on Twitter, it seems screens have been installed on two of the five barges for the upcoming “Harmonious” nighttime spectacular at EPCOT.

The barges are being constructed backstage, in the dock area just behind the China Pavilion. From left to right, you can see the massive central circular barge, plus the additional show barges.

Here we see video panels being installed on of the show barges. On top, you can see one of the “arms” that will raise up and provide additional lighting during the show.

All four of the “supporting” barges are outfitted with arms, seen in the image above as the grey structure resting along the top center of each barge.

Currently, only two of the barges are being outfitted with video panels, but all four will eventually have screens installed in order to showcase beloved scenes from Disney and Pixar films that make up the show. It’s unknown whether the center barge will also have video screens, or if it will utilize a water curtain on which to project images.

Here, we get a bird’s-eye view of the massive “Stargate” barge (we only jokingly call it that), which will have lighted arms flanking the sides. This barge was just recently erected and installed onto its base. Along the edges, laser lights and more effects.

Originally scheduled to debut late this year, the “Harmonious” project was briefly put on hold during the park’s COVID-19 closure. Construction seems to be running at full speed now.

Are you looking forward to this elaborate nighttime spectacular? Let us know in the comments!