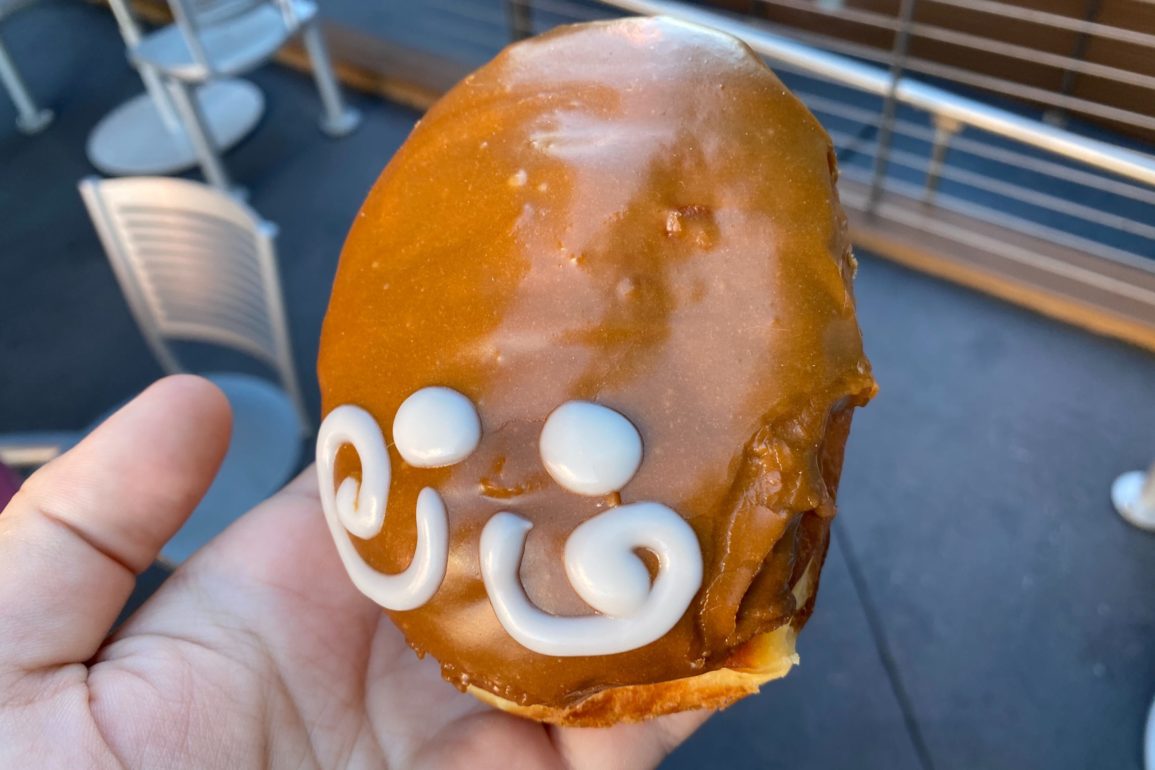 Fall has brought plenty of interesting flavors to Universal Orlando Resort, and the latest offering centers around the taste of maple.

The new Maple Cream Doughnut has arrived at Voodoo Doughnut in CityWalk Orlando, consisting of a maple cream shell with a Bavarian cream filling and topped with maple frosting.

This outside is similar to the shop’s Maple Bar, so to differentiate, they’ve added a pair of eyes and a moustache in white icing.

And to be honest, it looks pretty darn cute! You may have to resist the urge to call it “Mr. Doughnut.”

Lately, we’ve been a fan of Voodoo Doughnut’s work, having impressed us with their Universal Orlando Annual Passholder exclusive and Jack the Clown doughnuts (though not so much on the Pumpkin Spice doughnut), so we thought it was worth a try. And thankfully, we weren’t disappointed.

The balance of flavors was a big strength here. The sweet maple icing paired well with the fresh doughnut and even sweeter Bavarian cream.

The cream is tasty, but our only complaint was that it doesn’t permeate the doughnut as much as we’d like. The cream started halfway down, leaving many bites to only have the “dough” portion of the doughnut.

The comparisons to the Maple Bar are quite appropriate. The only real difference is the addition of the cream.

Still, all in all, this is a nice fall treat that’s worth its price of $3.00. It’s sure to satisfy people looking for a sugar fix as they settle in for the chillier days that the season brings.