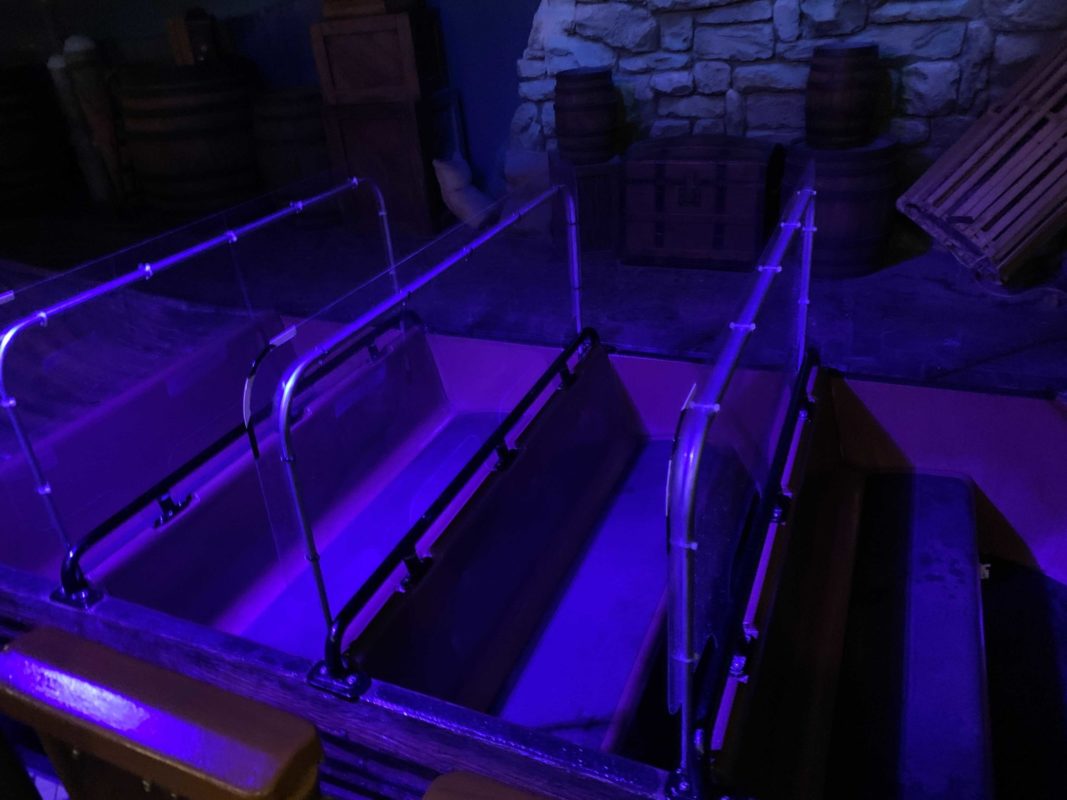 After the same was done to Star Wars: Rise of the Resistance and Mickey & Minnie’s Runaway Railway, Plexiglass dividers have been added to some Frozen Ever After boats at EPCOT.

The dividers are placed between each row.

There are small openings where the dividers are attached to the handrails, so guests can still hold them if need be (but remember to wash your hands after).

We were still seated with two rows between us and another party. If the Plexiglass is found effective though, more guests could be seated in one boat, increasing the capacity of the ride.

As you can see, given the nature of the ride, the Plexiglass was covered in droplets of water.

The Plexiglass is in a testing phase right now, only installed on a few vehicles. We will continue to check on Frozen Ever After to see when Plexiglass dividers are installed on all the vehicles. With the socially-distanced line for Frozen Ever After regularly stretching past the China Pavilion, upping capacity may alleviate some of the extensive lines and wait times.

6 thoughts on “PHOTOS: Plexiglass Dividers Installed on Frozen Ever After Boats at the Norway Pavilion in EPCOT”