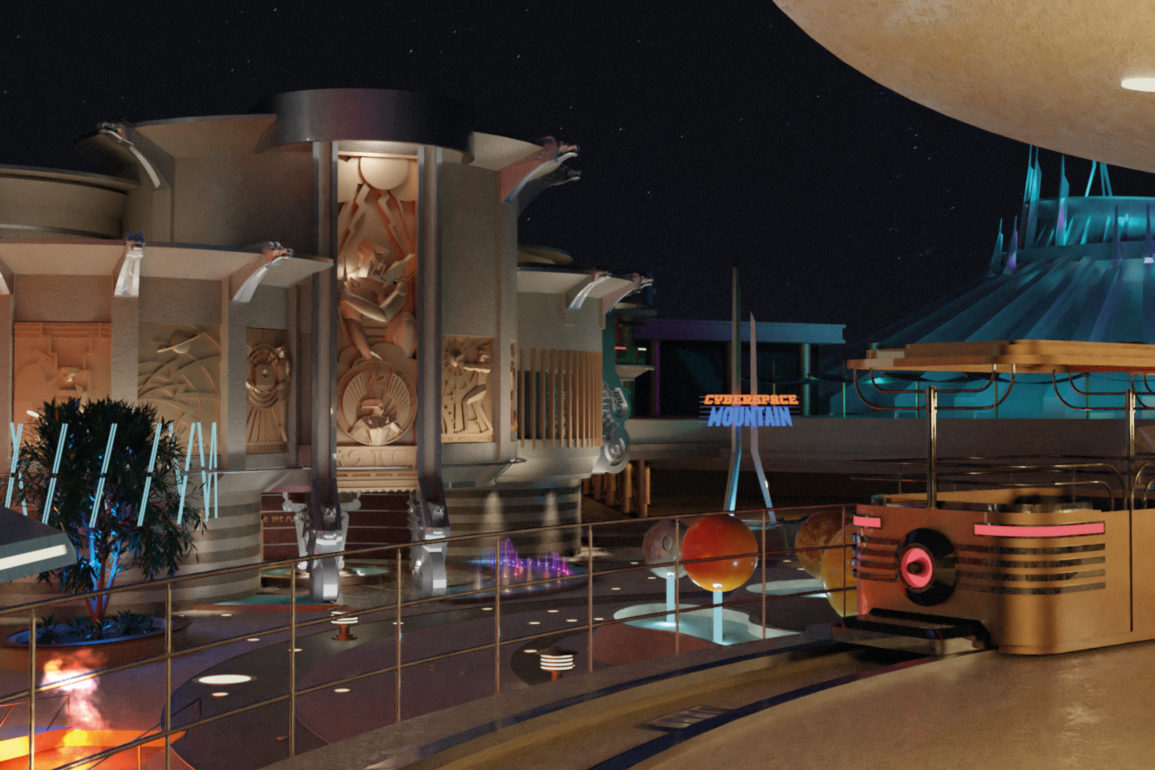 Artist Creates “Tomorrowland 2055” Based on Rejected Imagineering Concepts for Disneyland

Theme park concept art has always excited people, even though much of what is drawn never actually comes to pass. For artist Rob Yeo, that would not be the end of the story for some of his favorite discarded designs.

Through the 3D modeling software Blender, Yeo has created “Tomorrowland 2055″—a landscape based on Art Deco-themed concept art Imagineers drew up for a Disneyland rebrand in the 1990’s that never came to pass. This full land redesign would have seen Alien Encounter come to the west coast as well as the carousel theater reused for a space-age show entitled, “Plektu’s Fantastic Galactic Revue.”

As the Imagineering concept art didn’t show everything, Yeo did his best to fill in the blanks and add his own touches, such as slick retro look for the now long-gone Disneyland Peoplemover.

A gorgeous look at a Tomorrowland that could have been. Thanks to Rob Yeo for sharing!

Rob also recently appeared on WDWNT’s own podcast “Dreamfinders,” along with former Imagineer Andy Sinclair Harris, to talk about their favorite Disney designs, including Tomorrowland. Check it out!