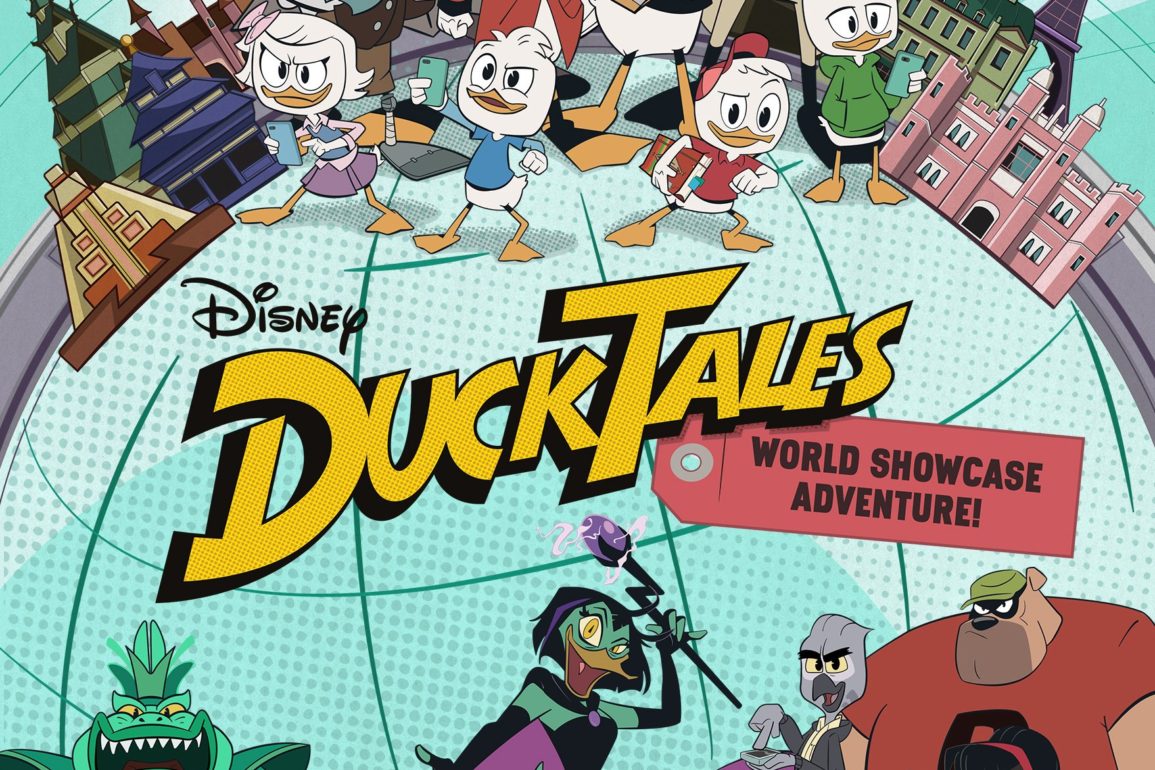 Scrooge McDuck, Huey, Dewey, Louie, Webby, and the rest of the gang may be going on their last televised adventure in the coming year, but thankfully, their legacy will live on at EPCOT by way of the upcoming Disney’s DuckTales World Showcase Adventure.

Just last week, it was confirmed that the DuckTales series would be coming to an end after its third season on Disney XD. The show, a reboot of the Disney Afternoon series that originally ran from 1987 to 1990, brought Donald Duck and other beloved characters, including Daisy Duck, Chip and Dale, and Darkwing Duck to the core lineup from the original series for special appearances. In a statement shared with Variety, a Disney XD spokesperson stated the following:

“The creative team, led by Matt Youngberg and Francisco Angones, have delivered exceptional storytelling with uniquely reimagined characters for three seasons of 75 episodes and more than 15 shorts. While physical production has wrapped, ‘DuckTales’ continues to be available on Disney Channels and Disney+ around the world and fans will get an epic season finale in 2021”.

Now, an update from Disney Parks sheds light on the upcoming Disney’s DuckTales World Showcase Adventure at EPCOT. While the project may be delayed, it is still confirmed to be in the plans for the park’s future, despite the ending of the show.

Both predecessors to the interactive scavenger hunt, including the Phineas and Ferb Agent P’s World Showcase Adventure and the Kim Possible World Showcase Adventure, lasted at the park well after their shows ended their run. (In fact, the Kim Possible version didn’t even open at the park until after the series had finished.) The interactive scavenger hunt will invite guests to use the Play Disney Parks app to help Scrooge and his family discover exotic destinations, exciting mysteries, and maybe even a few thieves, villains and supernatural guardians of ancient artifacts.