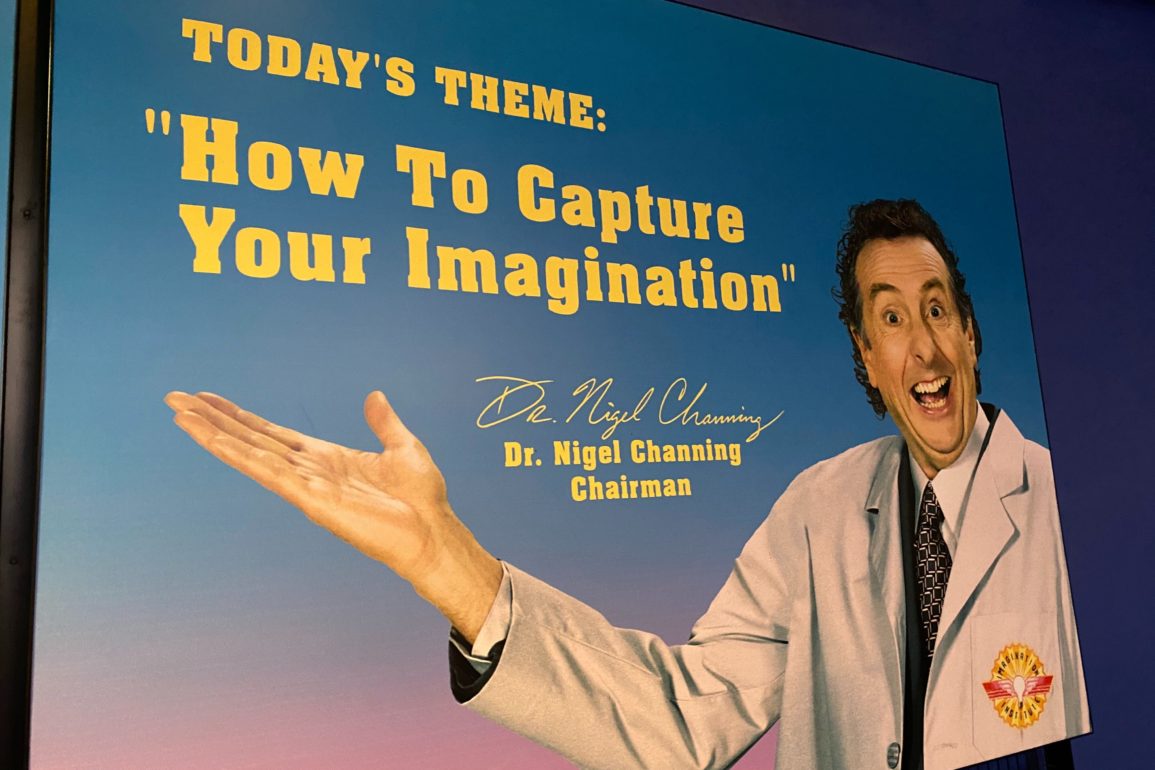 In a series of tweets, legendary actor Eric Idle revealed that he’s never visited Journey Into Imagination with Figment at EPCOT, in which he stars as Dr. Nigel Channing, and seems to have forgotten much of his experience working on the attraction.

It started when a Twitter user sent Idle a picture of Figment and asked if there were any more plans to work with him. Idle responded that he loved working with Don Rickles, which sparked some confusion.

Idle cleared up his mistake and said he had forgot Figment and confused him for Devon and Cornwall, the two-headed dragon he and Rickles portrayed in Warner Bros.’ Quest for Camelot.

Another Twitter user said that if even Idle doesn’t remember the attraction, Disney should put it out of its misery. Idle defended forgetting the attraction by saying, “To be fair I never saw the finished thing. I just recorded voices in LA.”

When Idle was reminded that he didn’t just record voices, he also was on film, he said “Ok thanks.” It’s unclear it Idle remembers filming the short-lived Journey Into Your Imagination either. He has in the past brought up his experience on Honey, I Shrunk the Audience, however.

Finally, No Context E.T. edited Idle’s moon face from Journey Into Imagination into the famous bicycle moment from E.T., to which the comedian responded “This I did do.”

It seems Journey Into Imagination with Figment isn’t very memorable for Eric Idle, but what about you? Let us know your thoughts about the attraction’s current iteration in the comments.