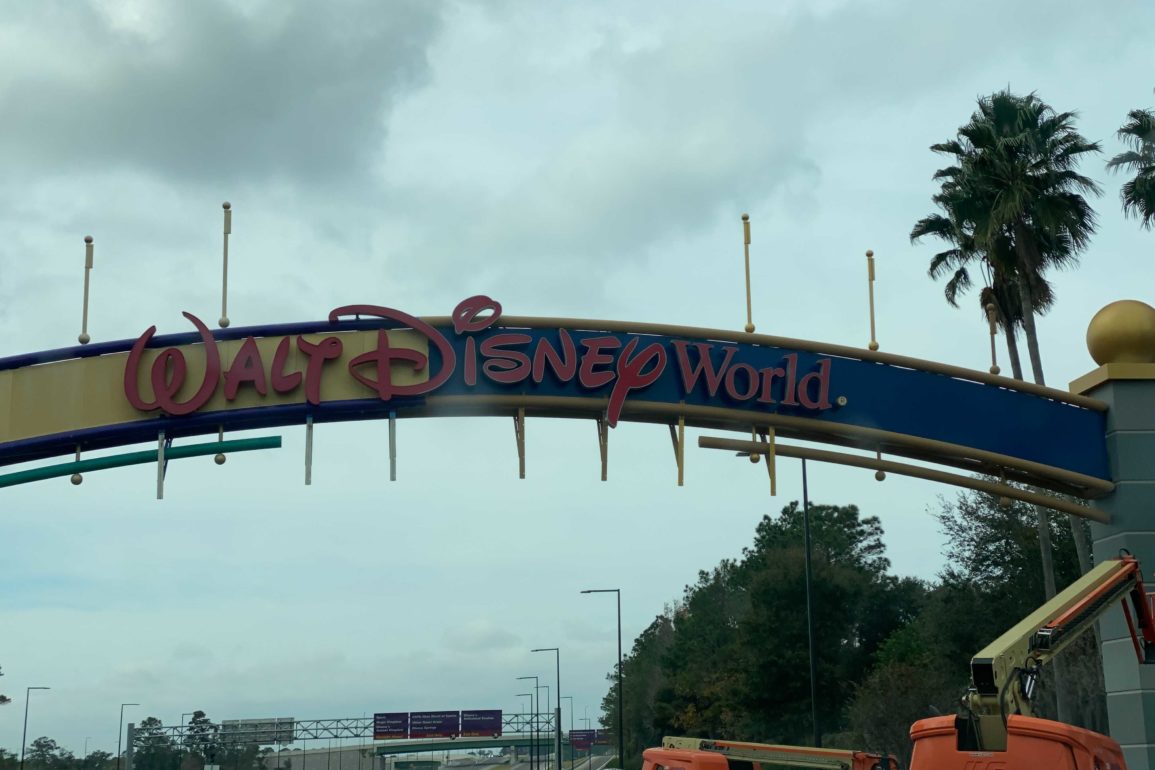 Work has been moving quickly on the 50th anniversary reimagining of the Osceola Parkway entrance to Walt Disney World.

While Mickey and Goofy’s signs have yet to be touched, Minnie’s sign and half of the arch have been painted.

Minnie’s sign was finished a few days ago with royal blue behind her, grey columns, and gold trim.

Half of the arch is now painted royal blue.

The Cinderella Castle and flag decorations were removed a few days ago as well. Once the arch is completely painted, new flags will be installed.

The back of Minnie’s sign and arch have also been painted. Work will probably soon move to the opposite side of the road and block off different traffic lanes.

The Western Way and Hotel Plaza Boulevard entrances have both already been completely reimagined. How do you feel about their new looks? Let us know in the comments.

Next
SHOP: New “Up” Collectible Key Coming to shopDisney on January 30