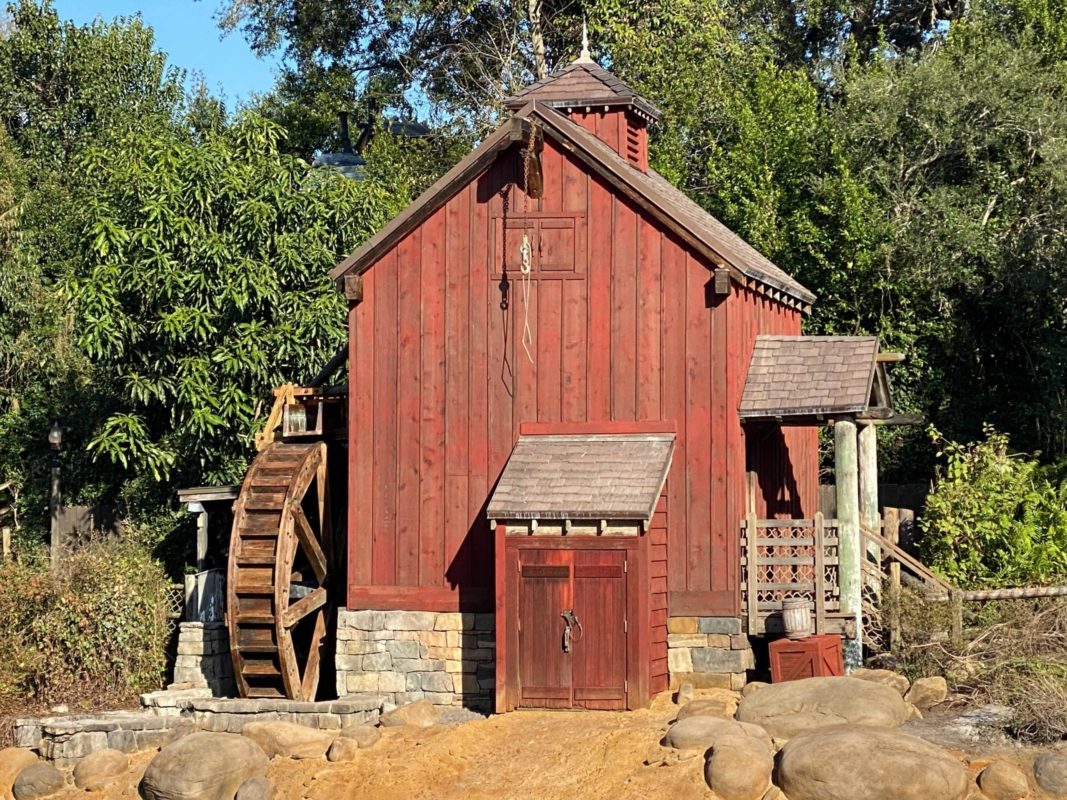 A few weeks ago, Harper’s Mill on Tom Sawyer Island was in the middle of being completely refurbished with new wood. Since then, the building has been completed, including being repainted.

It is now back to its original red coloring.

We did notice one major difference though: “Harper’s Mill” has not been repainted on the front of the building. And with scaffolding gone, it seems that won’t be happening any time soon.

Landscaping for the riverbed next to the mill has been refreshed with large rocks.

Meanwhile, the rest of Rivers of America was relatively vacant compared to previous visits.

Since portions of the riverboat track have been replaced, we have not seen many construction workers in the river. Much of the rest of the refurbishment is being done further in on the island.

We did see one worker at a Tom Sawyer Island dock.

This refurbishment project is planned to last through February 28. Keep checking WDWNT for more updates about construction and refurbishments at Walt Disney World.