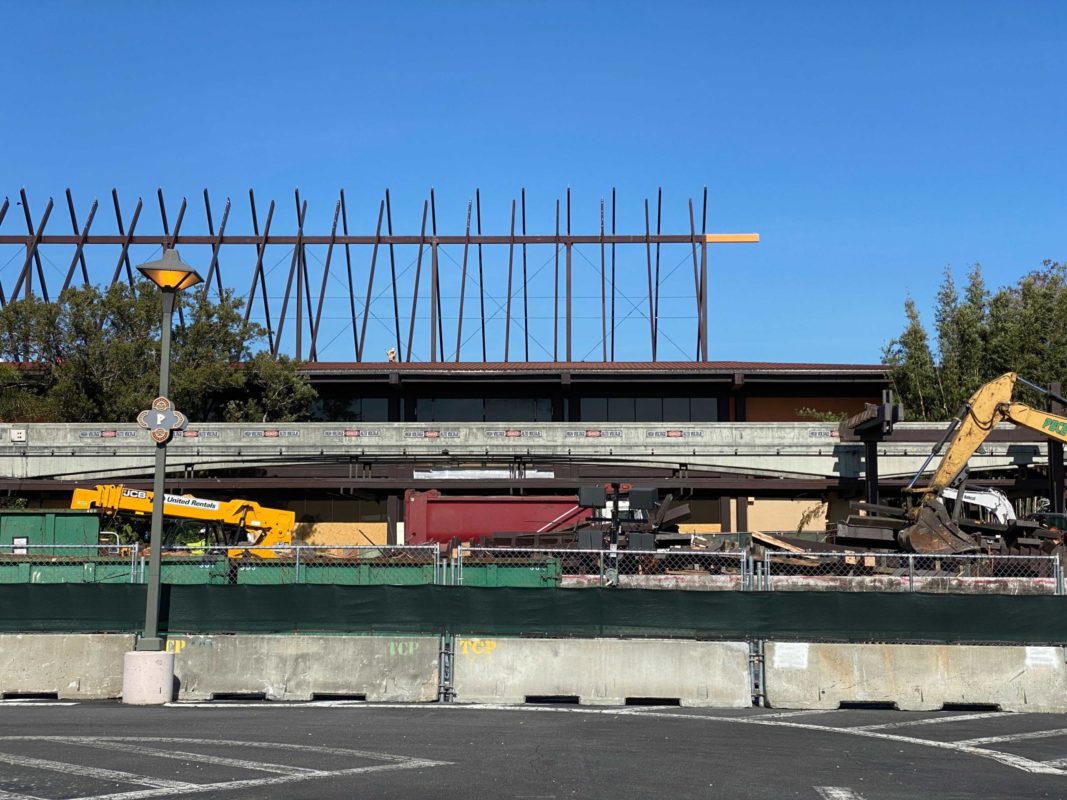 After several weeks of dismantling, the Monorail platform at Disney’s Polynesian Village Resort has now been completely demolished.

Monorails have not been stopping at the station for over two months while the refurbishment takes place.

Two days ago, the roof of the station was entirely removed.

Just as we now have a new crossbeam structure above the resort’s lobby, we expect to see a new version of the Monorail station soon.

Pieces of the platform were on the ground in front of the Monorail track.

The stairwells leading up to the station and some supports remain, as well as the ceiling structure that was below the station platform. These will likely be demolished in the coming days to prepare for a new structure.

There were some orange cones and a ladder in one stairwell.

The ground beneath the Monorail track has been reduced to mostly dirt.

Concrete has been pulled up and the columns nearby are surrounded in protective plywood.

In addition to construction of the new Monorail station and refurbishment of the Great Ceremonial House, rooms are being remodeled to a Moana theme. How do you feel about the changes at Disney’s Polynesian Village Resort? Let us know in the comments.