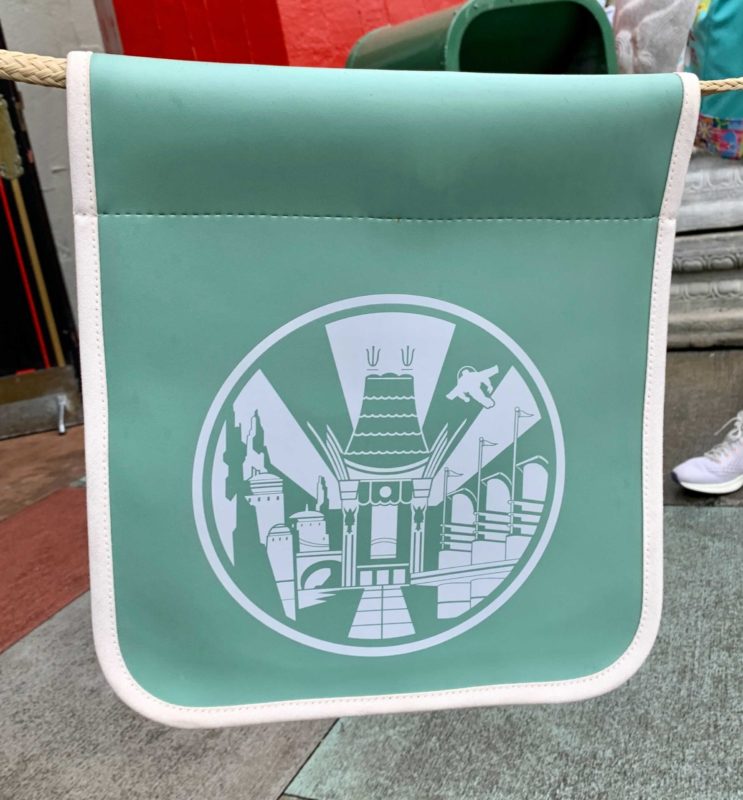 Disney often uses vinyl barriers to discourage guests from ducking under queue line ropes. What at first glance looks like the classic Chinese Theater artwork is not entirely as it seems.

The Chinese Theater is at center, as always, but what is around it has changed. A careful examination reveals artwork representing the park’s new lands.

At left, the spires and building from Batuu in Star Wars: Galaxy’s Edge frame the theater. The park’s main entrance is depicted on the right.

Prior versions of the artwork featured the Earful Tower (left) which was later removed (right). The soundstage is not in the new version of the art.

These rope flags at Mickey & Minnie’s Runaway Railway is the first appearance of the new art. It’s unclear if the trash cans and other park items that use the art will be updated, but we hope not as Toy Story characters and alien buildings don’t really mesh with 1930’s Hollywood.

What do you think of the new artwork and its nods to the various lands inside Disney’s Hollywood Studios? You can share your opinions in the comments.