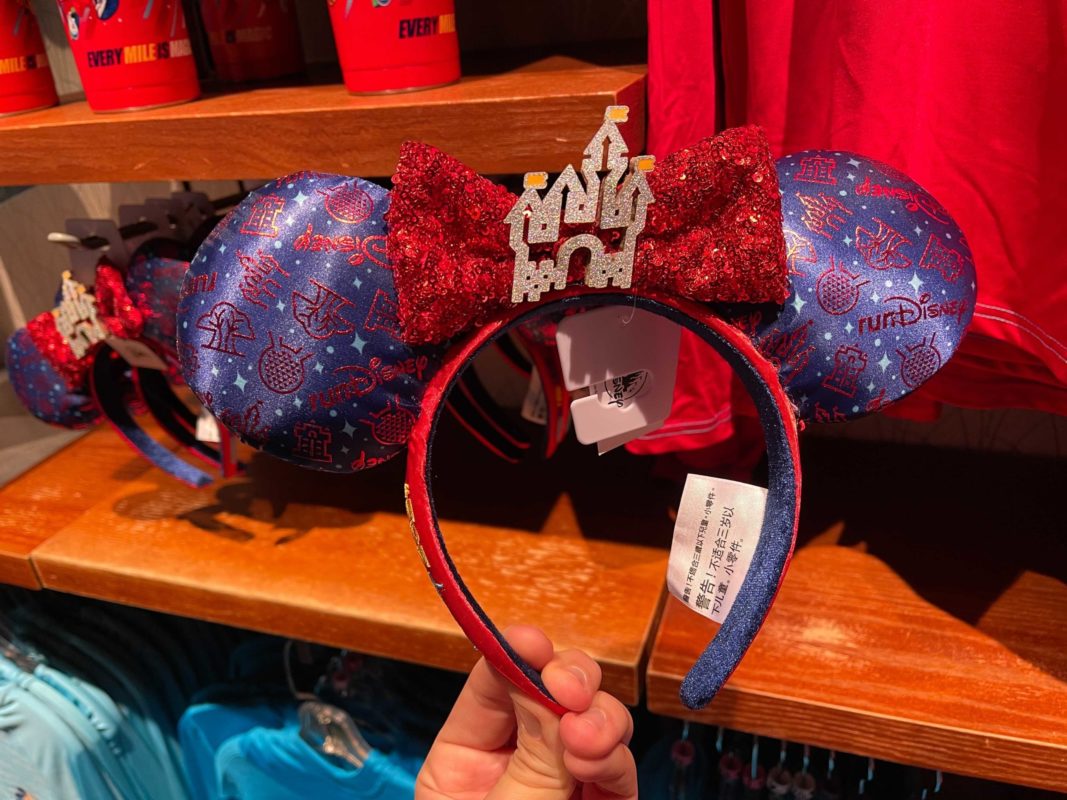 Virtual runDisney events are the new normal for the time being. That doesn’t mean real runDisney merchandise is a thing of the past. We found a new runDisney 2021 Minnie Mouse ear headband today.

A red sequin bow rests between the ears. The ears feature the runDisney logo and Walt Disney World park icons: Cinderella Castle, Spaceship Earth, the Tower of Terror, and the Tree of Life.

Both sides of the headband are embroidered. The left side reads “every mile is magic.”

The right side has a dated runDisney logo.

A Cinderella Castle with yellow flags centers the bow. The red trim matches the recently released runDisney Spirit Jersey and tumbler. We found this ear headband inside Disney’s Hollywood Studios. It should soon be available throughout the Walt Disney World Resort.

Will you be adding this new Minnie Mouse ear headband to your runDisney collection? Let us know in the comments.