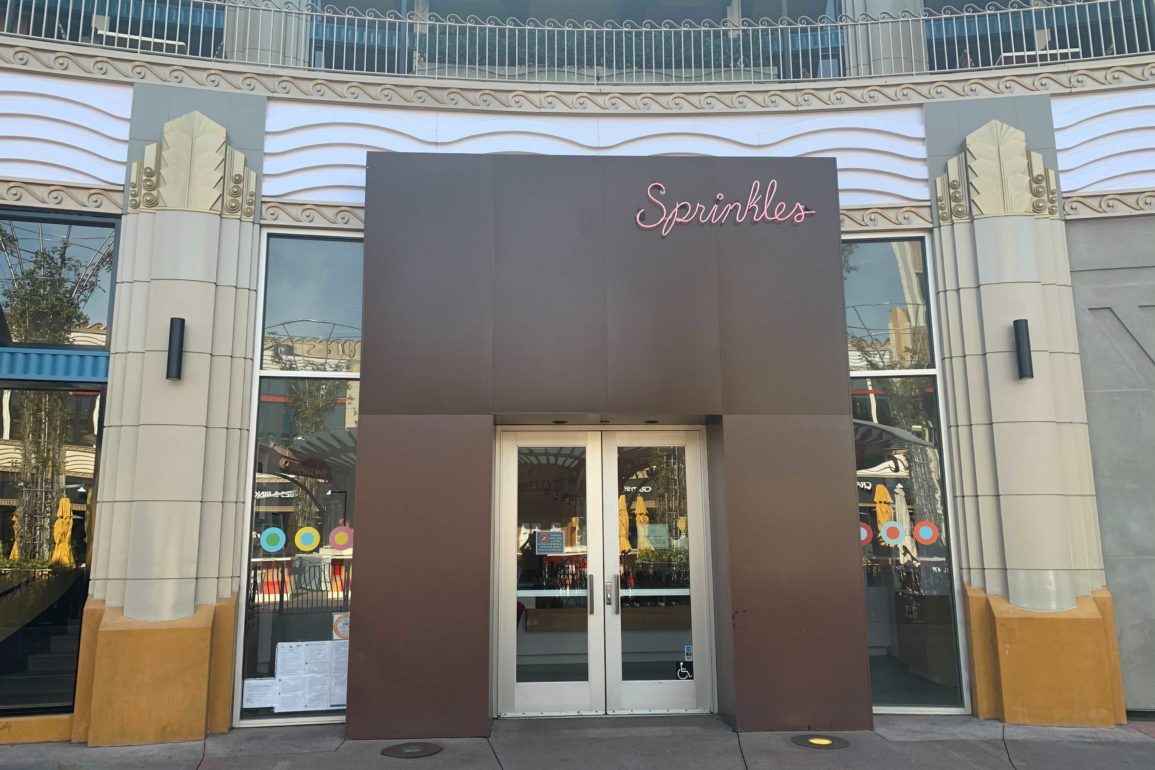 PHOTOS: Sprinkles in Downtown Disney at Disneyland Resort Closes with No Reopening Date

Sprinkles, the gourmet cupcake shop in Downtown Disney, has closed its doors. Sprinkles had previously been closed earlier in the year, and had reopened mid-September. There is no word on an opening date for the establishment.

The cupcake chain had originally opened its doors in the Downtown Disney District in November of 2016. Sprinkles offers freshly baked cookies and cupcakes, and is known as the world’s first cupcake bakery by Food Network.

Prior to this current closure, Sprinkles had been using an online ordering system to safely cater to Downtown Disney guests.

While there is no given reason for the closure of Sprinkles, it can be attributed to the loss of foot traffic through Downtown Disney with the closure of both Disneyland Resort theme parks since March.

Here is a look at the sign currently posted on the front of Sprinkles. While this sign has no indication of an opening date, the Sprinkles website does state that the closure is temporary.

Do you think Sprinkles will reopen its doors in Downtown Disney in the near future? Could this be the first sign of more closures in the Downtown Disney shopping area? Let us know what you think in the comments below!