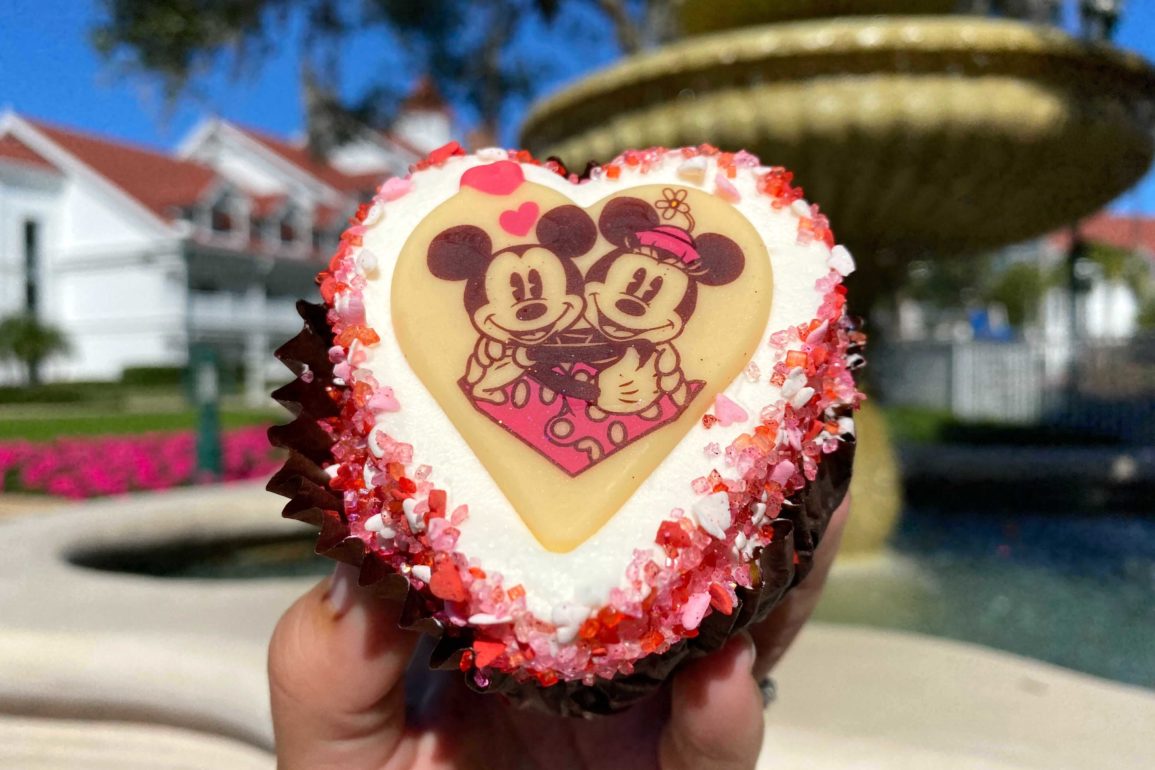 The holiday decorations are coming down as we enter a new year… that can only mean it’s time to get ready for Valentine’s Day! Thankfully, Disney’s Grand Floridian Resort is already celebrating with a brand new cupcake!

The Valentine’s Day Red Hot Cinnamon Cupcake is made with cinnamon sponge cake filed with red hot cinnamon mousse and topped with heart-shaped vanilla buttercream and a Mickey and Minnie chocolate garnish. And gosh, it sure looks pretty!

It also is covered in red, white and pink heart-shaped sprinkles, in case you didn’t get the whole Valentine’s Day vibe.

The sponge cake itself was very wet at the bottom, and a little dry at the top, but very good. It has a nice cinnamon flavor.

The mousse filling was not as spicy as we were expecting but was creamy and cinnamon-y as well, and delicious. We only wished there had been more of it. The frosting was a good quality traditional buttercream. The sprinkles were a lovely visual touch as well as a solid texture addition. The design on top was a simple white chocolate.

Overall, this was a surprisingly good cupcake. It tasted exactly like Red Hots without the lasting burn. We would have liked more filling, but other than that, it’s a pretty balanced cupcake. We would definitely get this again.

The cupcake sells for $5.99, and can be found at Gasparilla Island Grill. And if you’re looking for more sweets for your sweetheart, be sure to check out our reviews of the new cotton candy and pineapple cupcakes!

Would you fall in love with this cupcake, or is this one to break up with? Share your thoughts in the comments!