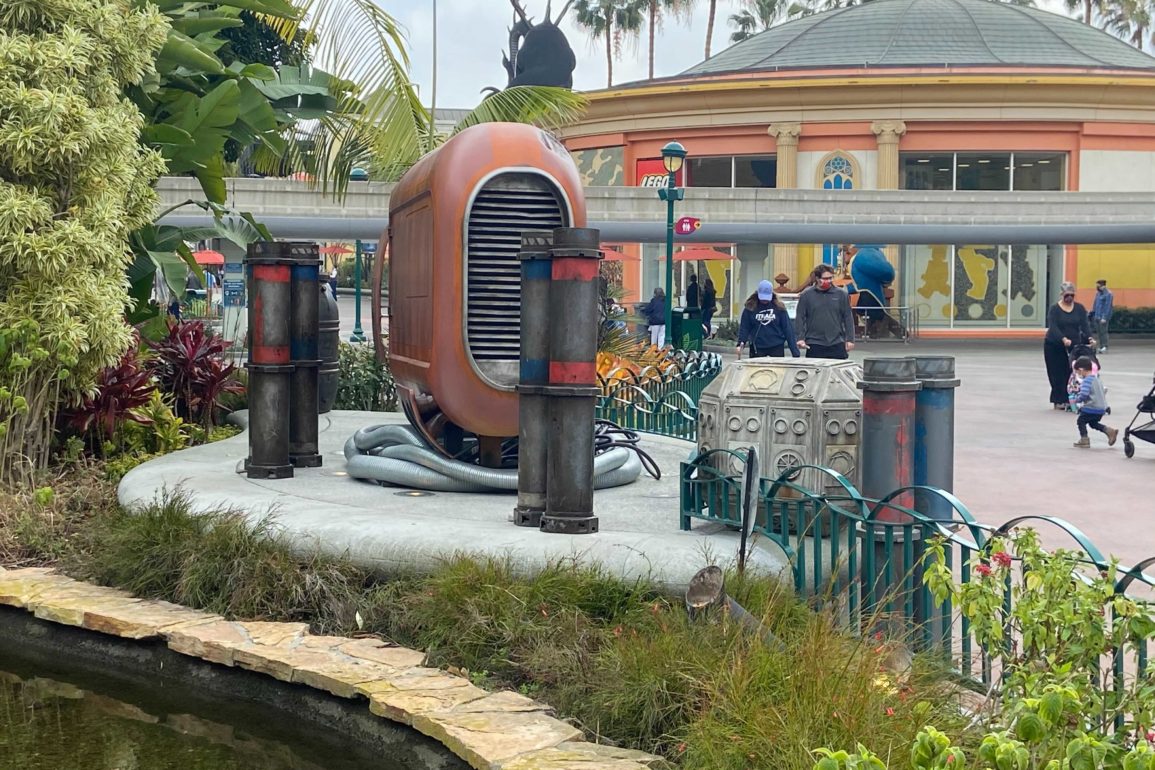 A couple of days ago, we spotted some new cases, crates, and barrels placed outside the entrance which add to the character and theming of the “Resistance Base.” The new Star Wars Trading Post, which is taking over the old Rainforest Cafe building, continues to take shape as we near the opening.

We found some more elements that have been staged around Rey’s speeder which was just added to the front of the store about a week ago. The speeder has been enhanced with more details surrounding the vehicle.

These “Resistance poster tubes” (as we often call them as a joke) can also be found throughout the queue of Star Wars: Rise of the Resistance.

It also appears more galactic junk has been added to the netting on the side of the speeder.

A closer look below.

Additionally, it looks like those cases, crates, and barrels we saw added earlier this week have been moved around and a few more items were added.

The theming extends beyond the store and along the exterior pathway. The Downtown Disney fence will stay.

A hand sanitizing station is already in place for when the store opens.

The scheduled opening date for the new Star Wars Trading Post is February 19.

We also recently saw the building lit up for the first time at night.

Will you be checking out the new Star Wars Trading Post when it opens at the Disneyland Resort? Let us know in the comments below.

Next
International Services Looking for Cultural Representatives at EPCOT, Including at New La Crêperie de Paris