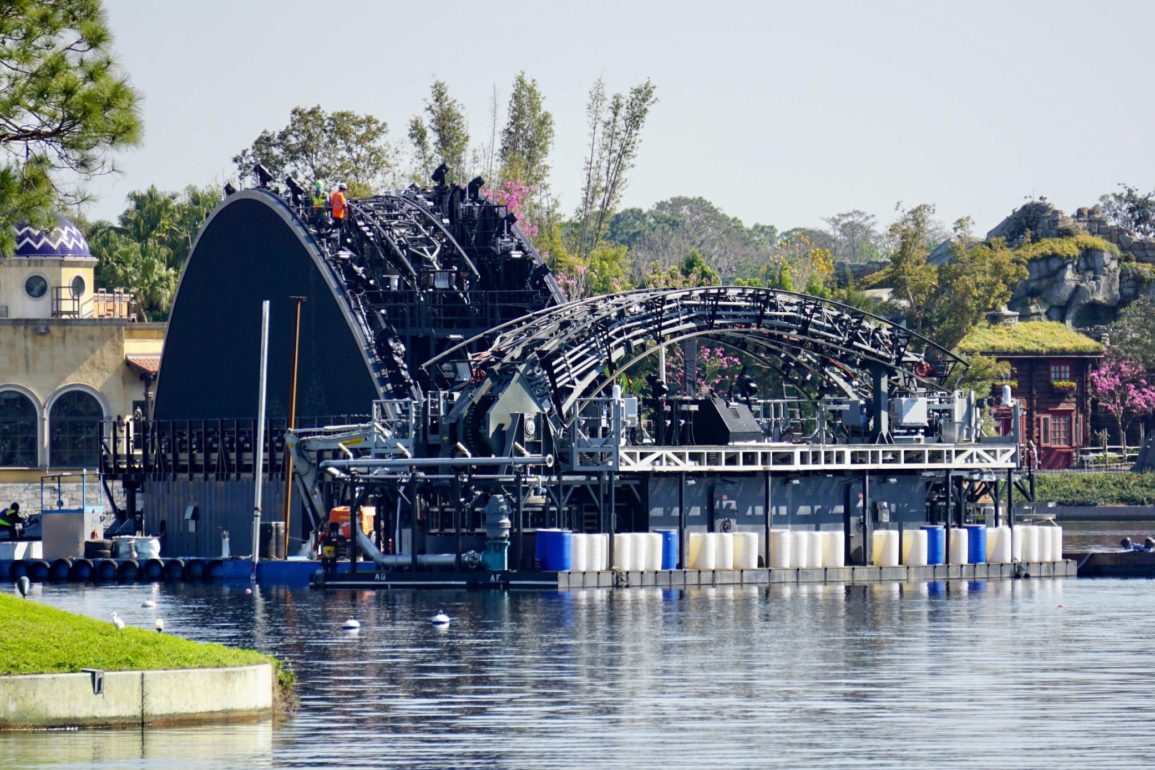 PHOTOS: Barge and Portion of Base for Centerpiece of EPCOT’s “Harmonious” Arrives on World Showcase Lagoon at EPCOT

The centerpiece for Harmonious, EPCOT’s new nighttime spectacular, recently received massive arms backstage. Now those arms have been seen on a portion of the base for the massive structure arriving on the World Showcase Lagoon.

This barge is just part of the base for the large centerpiece we have seen backstage, a giant circular ring that will act as a projection surface in the show.

As this will be a very large structure once complete, this is barge makes up just one part of the base.

The centerpiece barge will look like it’s made of falling water and will have a screen to showcase beloved scenes from Disney and Pixar films.

From another angle, we see that workers are currently engaging with the barge on the lagoon.

This base features plenty of lights and controls for the nighttime spectacular, and there is more to come as other pieces continue to arrive on the lagoon.

As seen in the concept art, Harmonious will be a colossal spectacular display of EPCOT’s message of global connection out on the World Showcase Lagoon. Are you excited for its debut later this year?

REVIEW: We Tried The Entire New Menu at Tony’s Town Square Restaurant in Magic Kingdom and It Wasn't...May 6, 2022
FIRST LOOK at the Guardians of the Galaxy: Cosmic Rewind Merchandise Coming to EPCOTMay 3, 2022
REVIEW: Delicious New Fried 'Tamales' Are One of Disney California Adventure's Finest SnacksJanuary 20, 2022