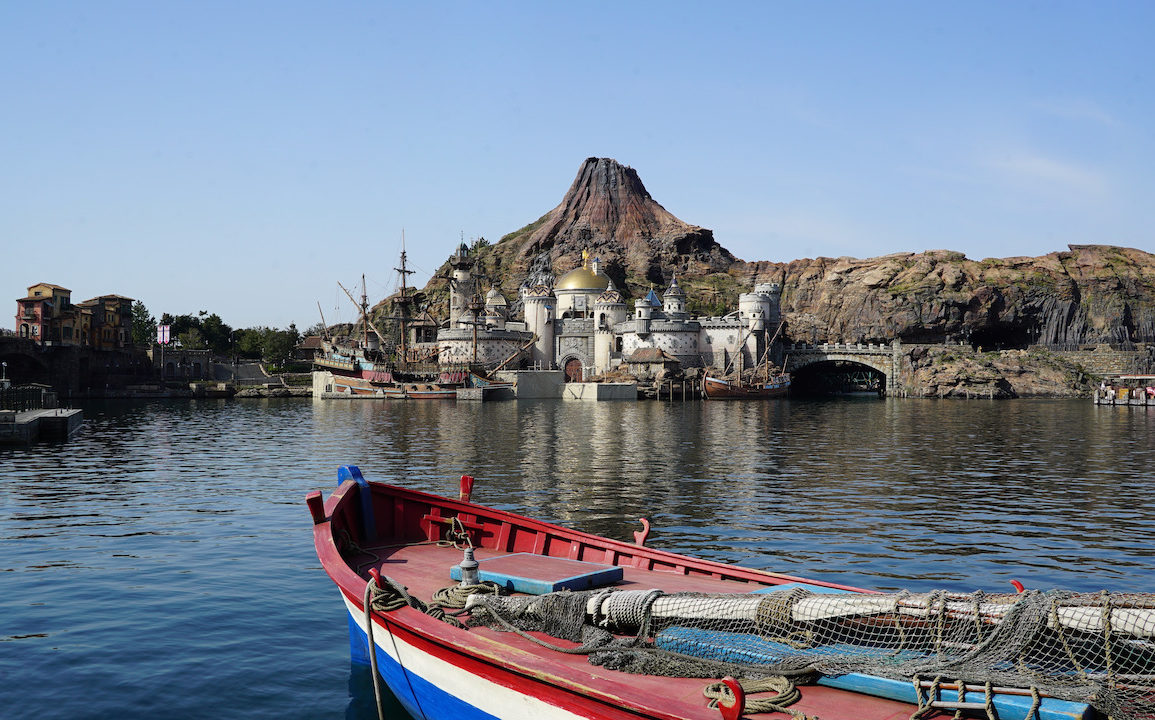 Today, March 11th, marks ten years since the Great East Japan Earthquake, also known as the Tohoku Earthquake, or 3.11 in Japan. At 2:46pm local time, a massive magnitude 9.1 earthquake, the fourth-most powerful on record and the most powerful in Japan, triggering a massive tsunami along the east coast of Japan that killed nearly 16,000 people and caused around $360 billion in damages. While there are millions of stories to be told about 3/11, we’re going to focus today on one we in the Disney community may be familiar with—Tokyo Disney Resort.

Videos contained in this article may be disturbing for some readers. Discretion is advised.

It was an otherwise overcast but normal day at Tokyo Disneyland and Tokyo DisneySea. March is a popular time at the parks since Japanese schools are largely on spring break. At Tokyo Disneyland, Guests were waiting for Jubilation!, the daytime parade to begin a single minute earlier at 2:45. Meanwhile at Tokyo DisneySea, The Legend of Mythica was about halfway through its daily show.

This video from inside the Pooh Corner shop at Tokyo Disneyland shows the true intensity of the quake, with merchandise and chandeliers shaking and swaying. One Cast Member quickly rushed to provide Guests with shopping baskets as head protection in case of falling debris.

In the first moments after the quake, the music continued playing like nothing was wrong, but Cast Members quickly halted the show and directed Guests to crouch on the ground for safety. Immediately after, the then-voice of Tokyo DisneySea came over to make the following announcement in Japanese and English:

Ladies and gentlemen, your attention please. We have just experienced an earthquake. Please move away from the buildings to an open area and wait there until our Cast Members can instruct you further. Please be assured that the park has been designed with earthquake safety in mind. We will provide you with more detailed information as soon as possible. Thank you.

As Japan is one of the most seismically active countries on the planet, both Tokyo Disneyland and Tokyo DisneySea were designed by Walt Disney Imagineering to be safe even in the event of a strong earthquake. Additionally, training is given to all Cast Members at Tokyo Disney Resort on how to proceed and keep Guests safe during a major earthquake and subsequent tsunami, among other natural disasters.

Most of the park itself survived relatively unscathed, of course. There was soil liquefaction in the Tokyo Disneyland parking lot, since the resort is built on reclaimed land in Tokyo Bay, and a speaker tower in Mediterranean Harbor toppled over (away from Guests, fortunately), but otherwise the parks survived with minimal damage. But the real story is what came after the earthquake.

After the earthquake (and subsequent aftershocks), Guests were guided out into the open while engineers at the Oriental Land Company inspected buildings around the resort for safety. All attractions, shows, shops, and restaurants were evacuated for Guest safety. And due to the magnitude (quite literally) of the quake, all highways out of the Maihama area were closed, and all train services including the JR Keiyo Line serving the Resort were suspended, leaving nearly 70,000 Guests stranded across the two parks.

The video above (warning for language) from JTCent shows his experience at DisneySea through the evening on March 11th, 2011.

As in many situations, the Cast Members were the real heroes. Tokyo Disney Resort routinely trains Cast Members in disaster drills assuming a strong (Shindo 6) earthquake and 100,000 Guests at the parks. Additionally, they reportedly keep an emergency food stockpile sufficient to support 50,000 Guests for up to three days. As a result, Cast Members were able to take every measure possible at the time to ensure Guest safety and comfort immediately after the tragedy.

Blankets were handed out to Guests as the weather was around 45 degrees Fahrenheit. In locations where blankets were unavailable or already distributed, Cast Members made do with cardboard boxes. In some areas, Duffy the Disney Bear plushes were given out as substitute for a disaster prevention hood and as a source of comfort to Guests, particularly younger ones. Cast Members kept spirits merry and comforted younger Guests during the crisis, continuing long after their shifts would’ve normally concluded. Since building inspections finished sooner at Tokyo DisneySea than Tokyo Disneyland and the two parks share a common Backstage area, Guests were able to move between the two parks to stay the night if necessary. Reportedly, the Oriental Land Company sheltered around 20,000 Guests overnight following the disaster.

The next morning, a hot breakfast was served to all who had stayed overnight in the parks. As train services slowly resumed around Tokyo, Guests were able to leave the parks and begin returning home or to their hotels. By 4pm, both parks had been fully cleared, the Cast Members within having safely tended to all visiting Guests. They had collectively faced the most significant challenge of their tenure at Disney, keeping Guests safe and comfortable in a time of crisis, and succeeded. There were no deaths or injuries on March 11th at Tokyo Disney Resort, but many Guests left feeling positive about the experience.

Between soil liquefaction, further safety inspections, and external factors like food shortages and rolling blackouts, there was a long road to fixing up the parks for a return to normality. The Oriental Land Company remained tight-lipped until three days before Tokyo Disneyland reopened on when the parks would reopen, not out of character for the notoriously secretive organization.

During the closure, commercials aired in the Tokyo area with the message of “Although we’re closed for now, we’re getting ready for you to laugh and play really soon!”

Tokyo Disneyland remained closed for 34 days, its longest closure until the COVID-19 pandemic. When the park reopened on April 15th, 2011, its 28th birthday, TV crews interviewed Guests in line. One who had stayed in the parks overnight on March 11th was asked why he returned, and responded “Because I wanted to say thank you.”

Tokyo DisneySea remained closed slightly longer, reopening 47 days later on April 28th, 2011. Until 2020, these were the longest continuous closures of any Disney park in history. The parks reopened to a different Japan, one recovering from its worst natural disaster in history. Although many remember March 11th primarily for the terror of a magnitude 9.1 earthquake, tens of thousands can also remember the hospitality of Tokyo Disney Resort’s Cast Members following the disaster.

This article is dedicated to the memory of those lost in the Great East Japan Earthquake ten years ago today. We hope that they have found peace.