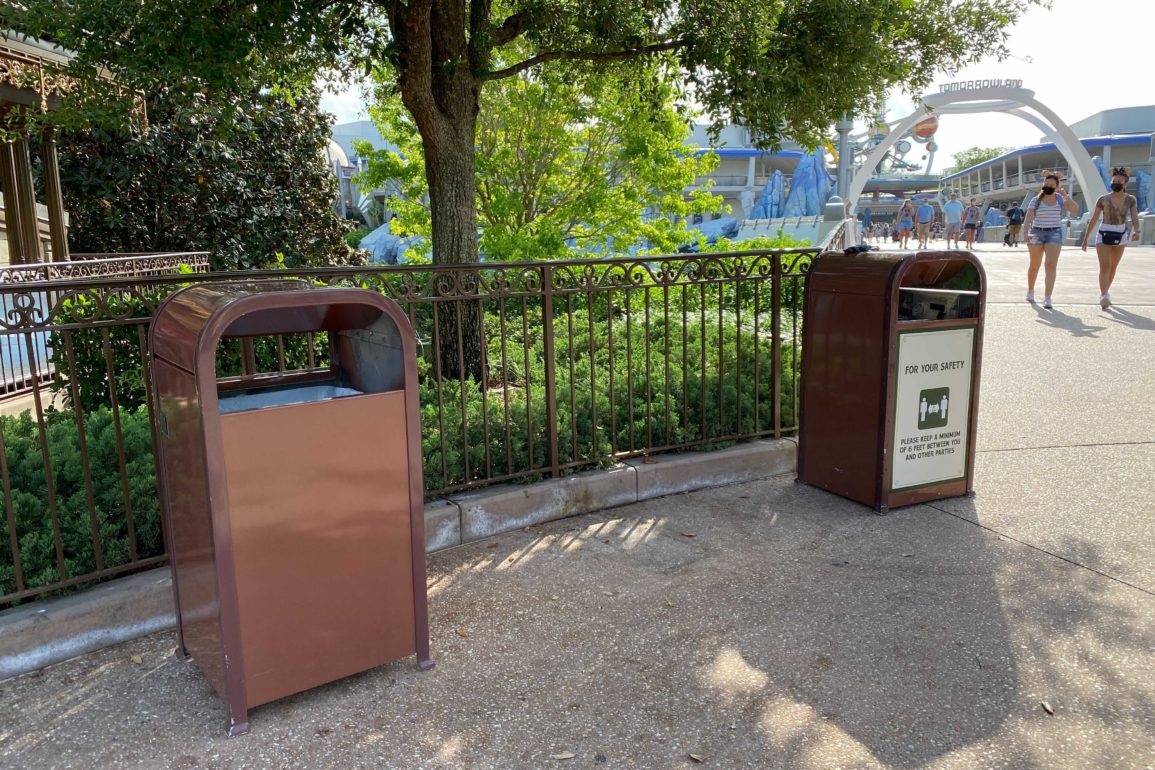 Walt Disney World is seemingly aiming for a return to normal after a series of moves that relax procedures developed for the ongoing COVID-19 pandemic.

As Orange County Mayor Jerry Demmings works on a plan to relax mask mandates, Disney has moved in parallel. Earlier this month, guests were allowed to start removing masks while being photographed and removed the signs around the parks asking guests to remain masked during photos.

Disney has also been quietly removing handwashing stations, which were added to promote personal hygiene to reduce the spread of the COVID-19 virus.

The space between trash cans is the former site of a handwashing station at the Magic Kingdom, which was removed on March 31st.

It is unclear if this is a sign of changing times as vaccination rates rise or if these stations were removed for other reasons. Obviously, you can always wash your hands in a bathroom.

Another station was removed from Disney Springs on April 9th.