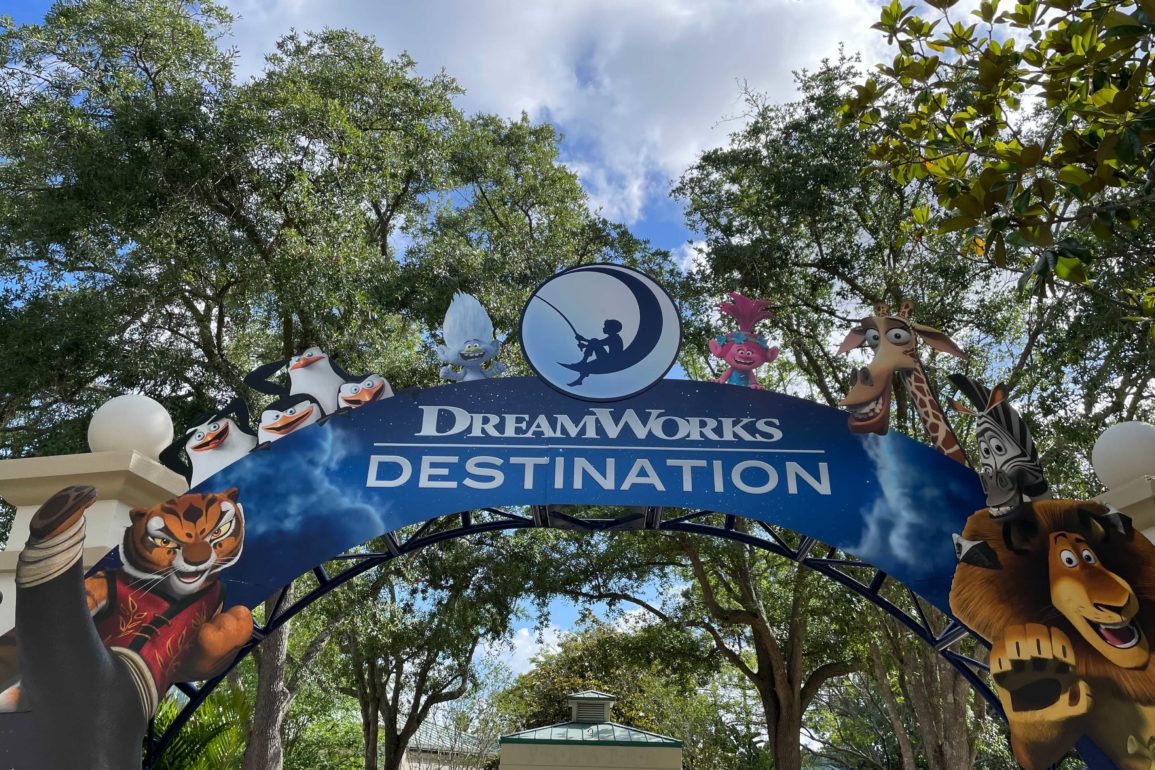 We stopped by the location for the newly-announced DreamWorks Destination interactive character experience this morning to check out the progress so far. The area is officially not open yet, but we were able to take a look around the courtyard.

The archway sign outside the area showcases characters from Kung Fu Panda, the Madagascar series, Trolls, and the Shrek series.

The classic DreamWorks logo with the boy fishing on the moon is at the top of the arch.

A look inside shows barricades up around the area and large advertisements that double as backdrops featuring upcoming DreamWorks animated films and TV series.

Located in the KidZone area of Universal Studios Florida, DreamWorks Destination will be a first-of-its-kind character experience where guests can interact with multiple beloved characters from DreamWorks Animation’s hit film franchises, Trolls, Madagascar, Kung Fu Panda, and more – all in one festive location. Catchy tunes from various DreamWorks movies will fill the air as guests enter a bright, colorful party atmosphere – all set against a nighttime sky inspired by the animation studio’s iconic opening sequence from its films. As bright lights illuminate the scene, guests will connect with their favorite DreamWorks characters, grab some fun photos and even join them for an epic dance party that will get every member of the family to move it, move it.

A peek inside the former home to A Day in the Park With Barney.

We spotted some friendly Team Members, likely in training to become character attendants for the DreamWorks characters.

Take a look around the courtyard with us in the video below: