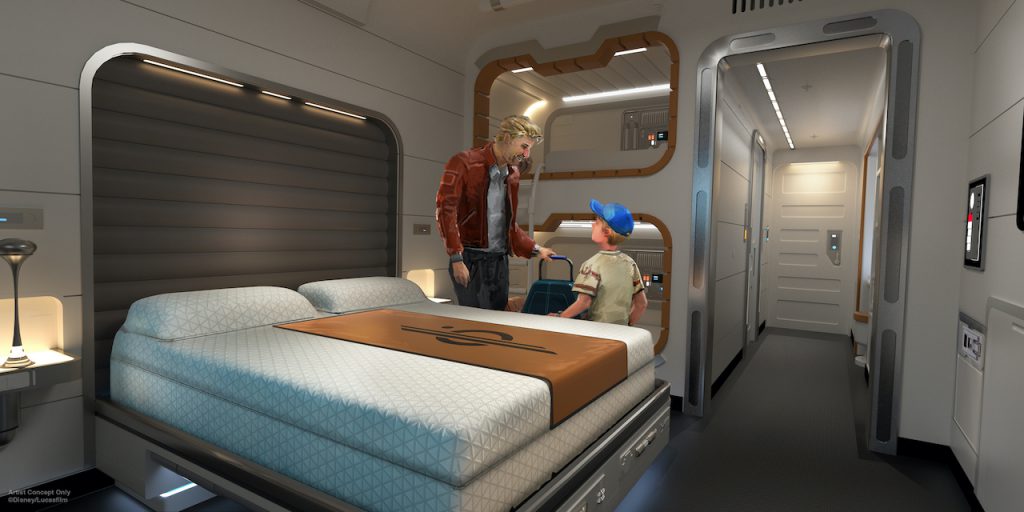 Slowly but surely, work has continued on the construction of Star Wars: Galactic Starcruiser, the immersive luxury hotel opening next year at Walt Disney World. And sure enough, another small step has come in the form of a permit filed this morning.

The permit in question requests permission to install parking lot signs on the property, referred to as Project H. Project H stands for Project Hubble, the hotel’s internal codename at Walt Disney Imagineering. The contractor is listed as Sign Producers, Inc. of Orlando, who have also worked on projects with WDI such as the “upcoming” Roundup Rodeo BBQ restaurant in Toy Story Land at Disney’s Hollywood Studios.

Star Wars: Galactic Starcruiser is set to open in 2022 and features a number of luxury features aside from its price tag, including a white glove concierge service and real lightsabers.

Are you excited to stay aboard the Halcyon next year? Let us know in the comments below! And stay tuned to WDWNT for the latest news surrounding the Walt Disney World Resort!