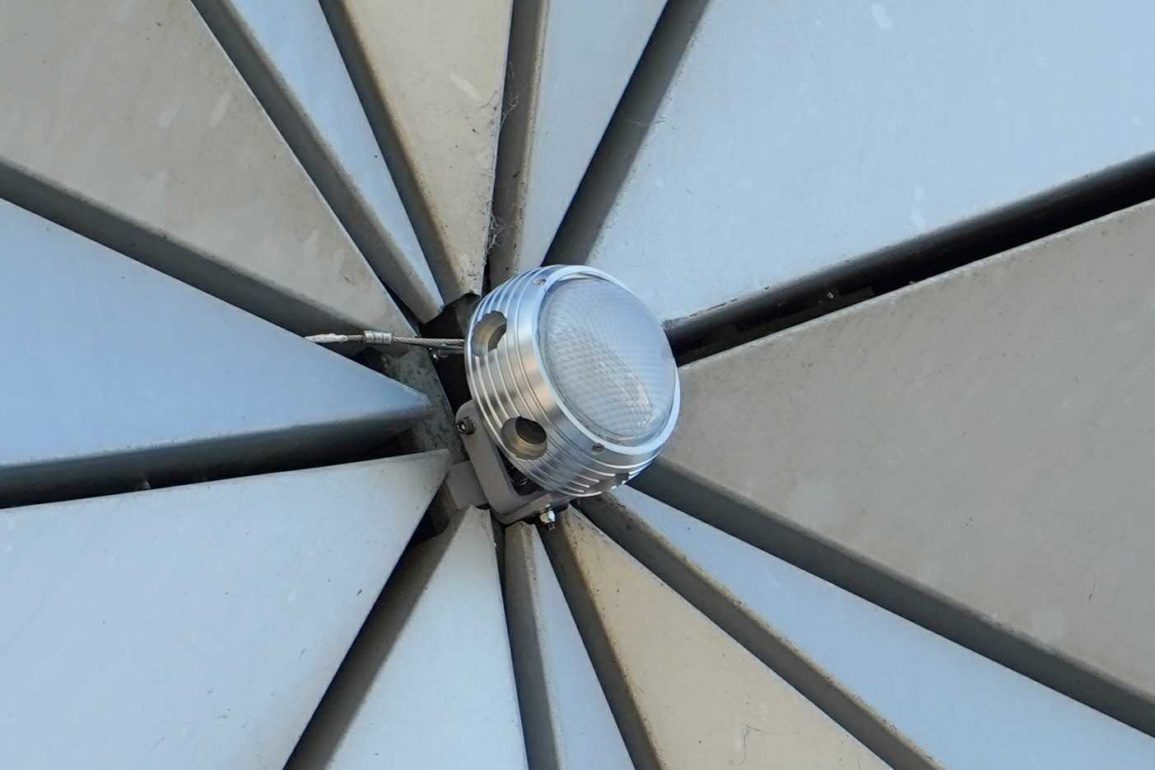 PHOTOS: Closer Look at “Points of Light” on Spaceship Earth at EPCOT

Disney has been carefully installing “points of light” across the face of Spaceship Earth for the past several weeks. These fixtures will create colorful lines of light between the Alucobond panels of EPCOT’s icon, turning it into a “beacon of magic.”

The lights wrap around the top half of Spaceship Earth, sitting at the corners of the triangular panels.

Walt Disney Imagineering shared a closer look at one of these fixtures back in March.

The “points” are circular with a light on top and holes in the side to project light sideways.

They are slightly raised off the dynamic surface of Spaceship Earth, though blend in well at a distance.

Below is concept art of the lighting package, which will debut as part of “The World’s Most Magical Celebration” honoring Walt Disney World’s 50th anniversary.

What are you most looking forward to during “The World’s Most Magical Celebration”? Let us know in the comments.