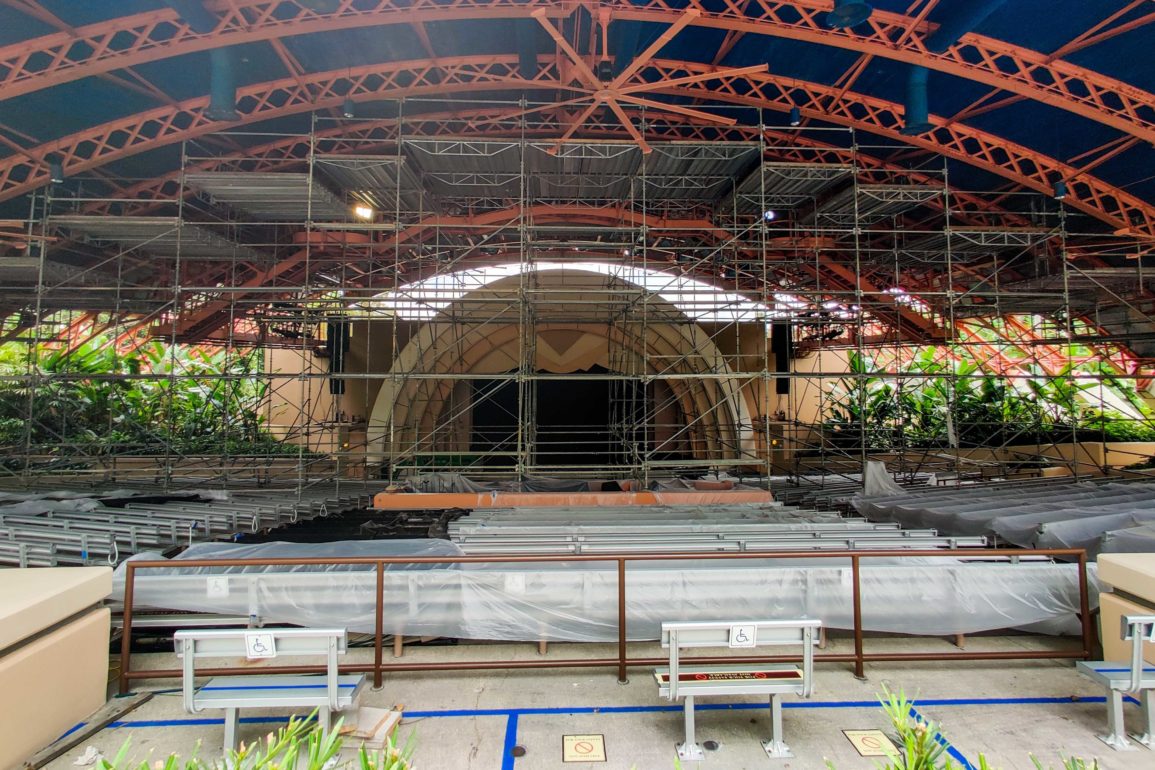 PHOTOS: Scaffolding Erected Inside Theater of the Stars, Home to Beauty and the Beast at Disney’s Hollywood Studios

Theater of the Stars, the home of Beauty and the Beast – Live on Stage at Disney’s Hollywood Studios, is currently under refurbishment. The show has been closed since the parks reopened last summer, and Disney Society Orchestra performed in the theater for about two months before entertainment cuts.

After a permit was filed for the theater in February, it is now filled with scaffolding.

Some of the queue for Beauty and the Beast – Live on Stage is being used as overflow dining space and the scaffolding is visible from there.

Most of the benches are covered in protective plastic.

It seems the refurbishment is focused on the theater’s ceiling.

Theater of the Stars is a partially open-air theater, so the show’s catwalk and lighting is exposed to the elements.

It’s possible equipment is even being replaced to prepare for the show to reopen.

“For the First Time in Forever: A Frozen Sing-Along Celebration” and the altered “A Celebration of the Festival of the Lion King” have both opened with live performers, so its possible Beauty and the Beast – Live on Stage will be next. Theaters without live performers (including Enchanted Tiki Room, Country Bear Jamboree, and PhilharMagic) have even gotten rid of physical distancing as of this weekend.