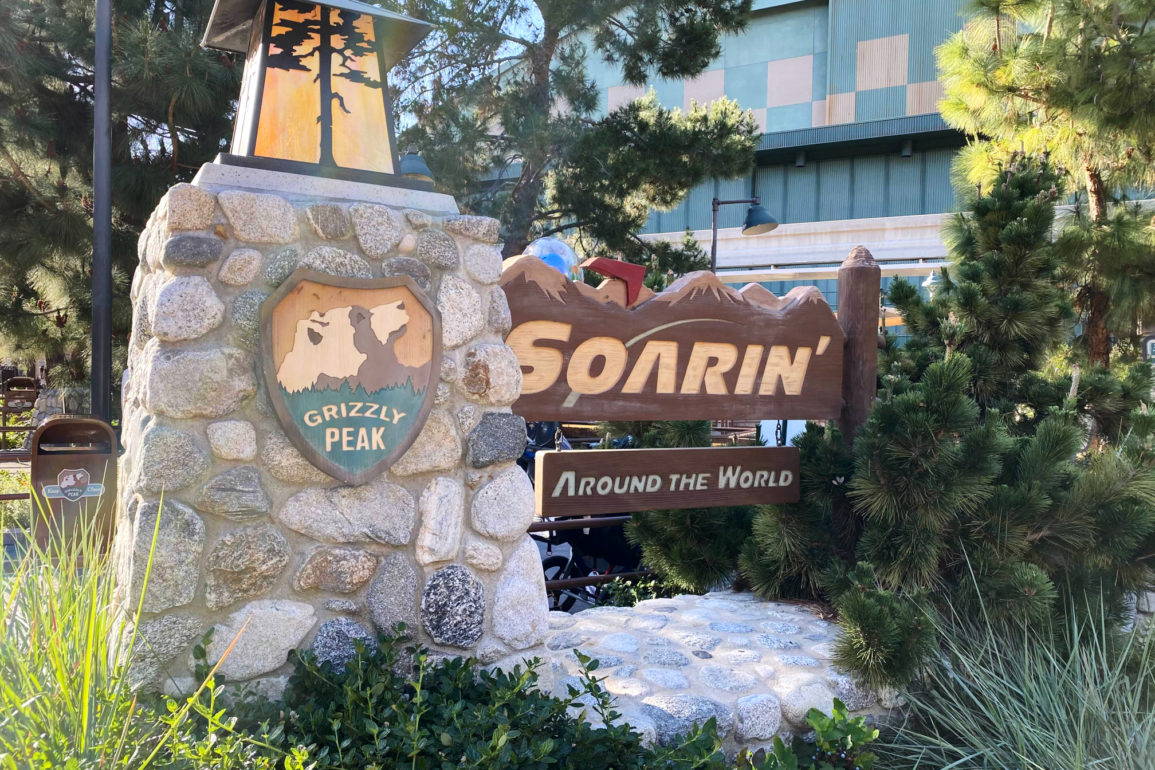 Physical distancing markers line the queue, but the queue was relatively short.

Most of the queue was kept outside the building, allowing for a quick and physically distanced jaunt to the hang-gliders inside.

The inside queue area is being kept clear and moving quickly.

Instead of standing on the dots like usual, the line is stretched out thru-out the queue to allow physical distancing.

The preshow is running with our favorite flight attendant.

For each hang-glider they allowed two parties per row and had installed plexiglass booster seat separators.

These booster seat seperators first appeared in EPCOT at Walt Disney World when they reopened in July of last year.

Soarin’ to tower, we are cleared for takeoff!

The scents for Soarin’ were also back for the reopening.

It was nice to take a trip around the world again!

Thanks for Soarin’ with us!