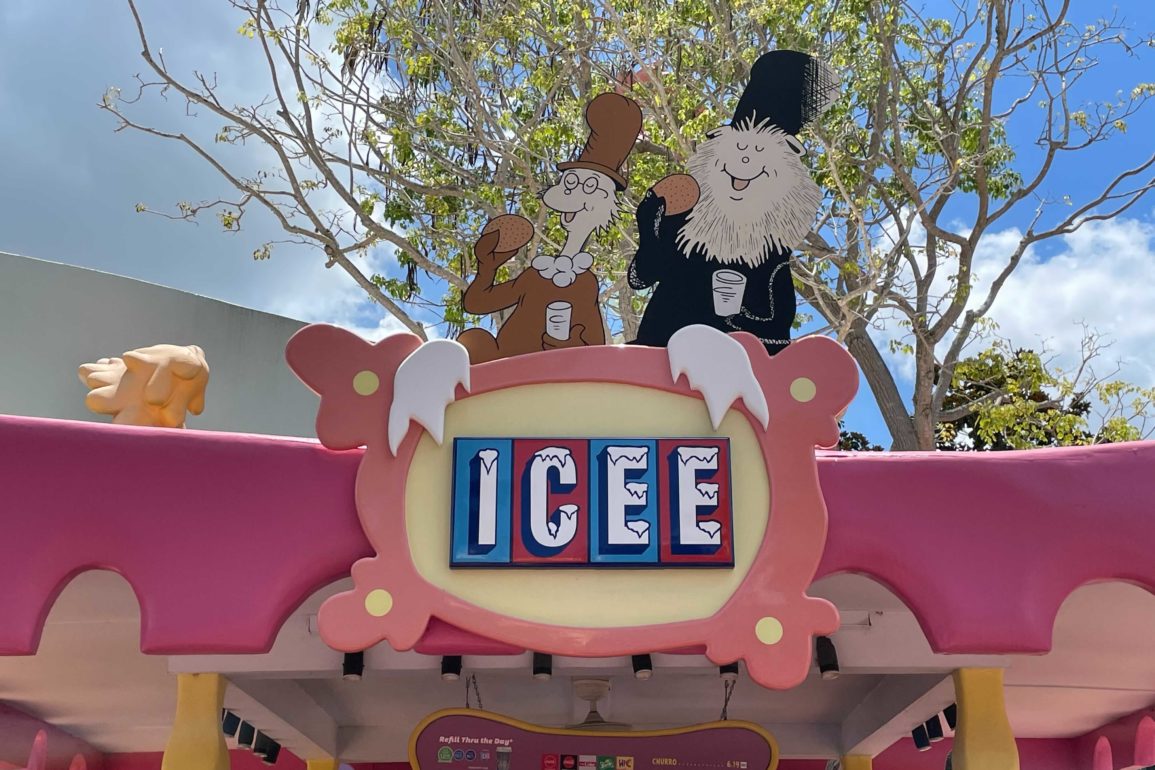 The “Brown & Blacks” sign has been removed from Seuss Landing’s ICEE stand at Universal’s Islands of Adventure, possibly because of its potentially offensive nature.

The sign previously read “Brown & Blacks ICEE Snacks” referring to the characters of Mr. Brown and Mr. Black featured atop the kiosk.

Six Dr. Seuss books have been removed from publication due to wrong and harmful stereotypes, and Universal Orlando Resort previously announced that they were evaluating Seuss Landing for possible changes. Mr. Brown and Mr. Black appear in Hop on Pop, which is not one of the six removed books. They are not racial stereotypes but are simply named for the color of their clothes. However, it’s possible Universal decided the use of their names in such a way could be offensive, particularly to those who are not familiar with Hop on Pop. “Blacks”, which was written on the sign with no apostrophe to make it “Black’s”, is an especially harmful term used against Black people.

Of course, it’s possible the sign is just being refreshed and a version of the old name will still return.

Next
PHOTOS: A Look at the New Family-Style Meals Coming to Tusker House at Disney’s Animal Kingdom