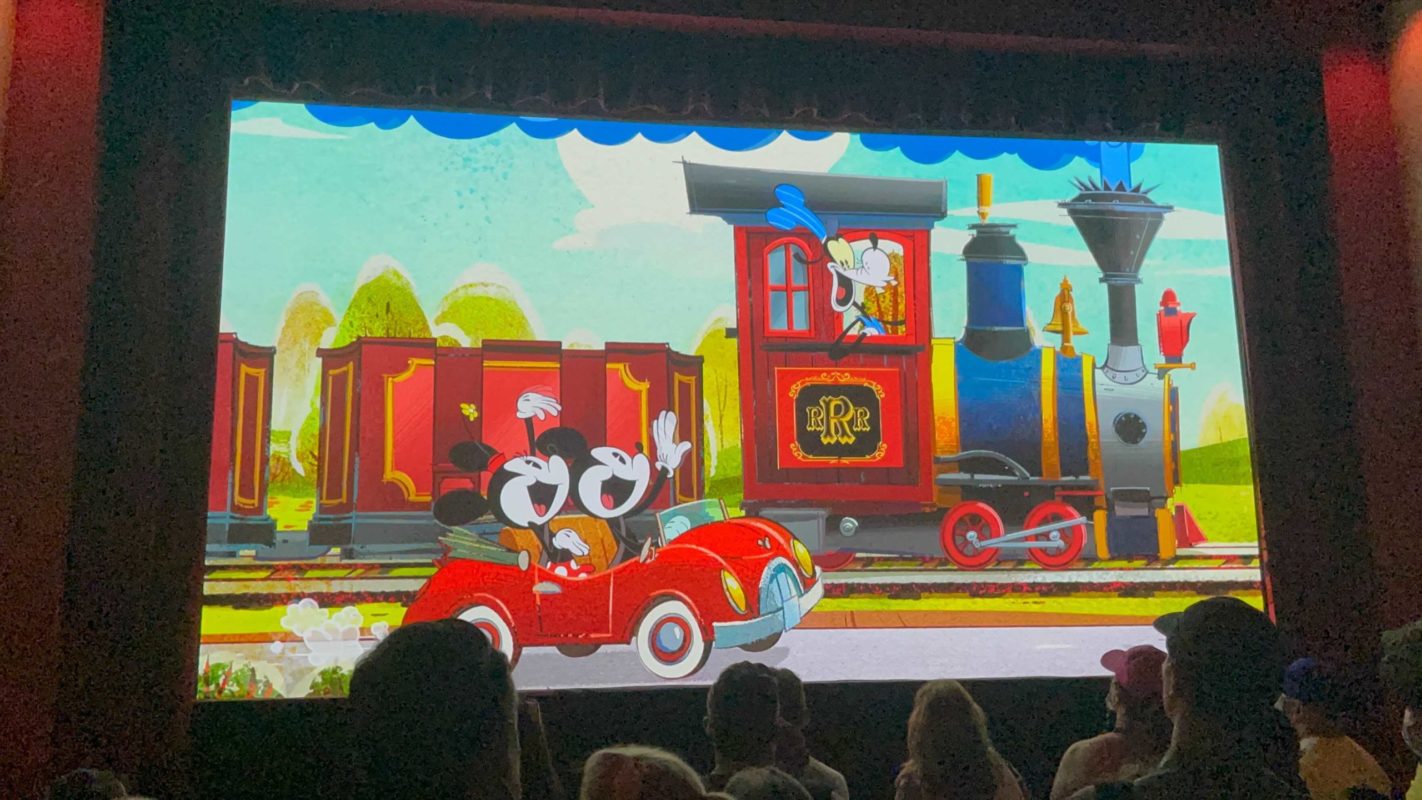 After hearing the news that the pre-show has returned to Mickey & Minnie’s Runaway Railway, we had to run over to Disney’s Hollywood Studios to join in on the excitement first-hand.

Many guests have still never experienced this portion of the attraction due to its short-lived performance prior the pandemic. A new experience now awaits guests who couldn’t see the pre-show in the limited days of its initial run.

After waiting in the queue, guests hold for the pre-show doors to open before entering one of two small theaters.

Prior to now, guests would walk through the pre-show room as part of the queue, but no video would play—it merely acted as another segment of line space.

Guests are once again asked to fill in all available space to maximize capacity, similar to changes at Star Wars: Rise of the Resistance.

Soon, the lights dim and the short animated film plays. The film is the same as what originally played, meaning that Minnie still kicks Pluto into the trunk of the car, a scene which drew some criticism upon the attraction’s debut.

After an unexpected explosion happens, guests then exit through the newly-made hole towards their trains.

Check out our full video of the current pre-show experience below:

You can also view our full ride-through video of the attraction here:

Are you happy to see this pre-show return? Which pre-shows do you think will return next in the parks? Let us know in the comments below.