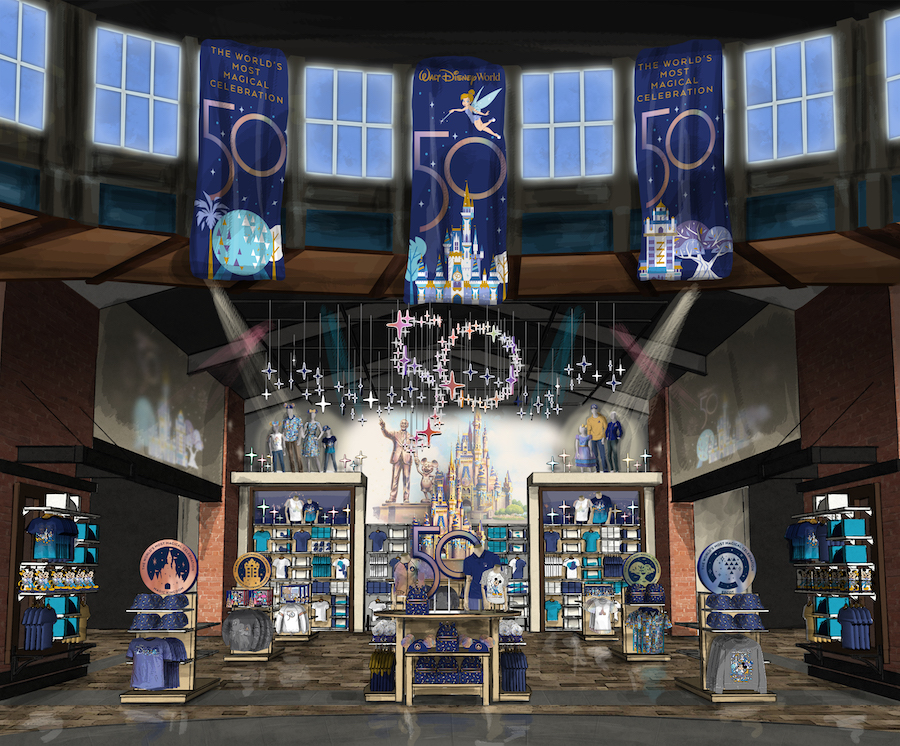 Following the reveal of some of Walt Disney World’s upcoming 50th anniversary merchandise, Disney Parks Blog has released a concept rendering for a new kind of retail display.

Here’s what Disney Parks Blog has to say about the display:

This fall, look for one-of-a-kind retail displays that will incorporate Disney storytelling into your 50th merchandise shopping experience. The imaginative displays will pop up at select merchandise locations across Walt Disney World, including World of Disney at Disney Springs. The rendering pictured above was envisioned by our very own merchandise cast members Eric Rachaphoumy and Paul Seus.

Though that description doesn’t reveal much, Disney did file a patent for “smart” retail displays earlier this year. The displays described in the patent are interactive, with different screen and lighting components.