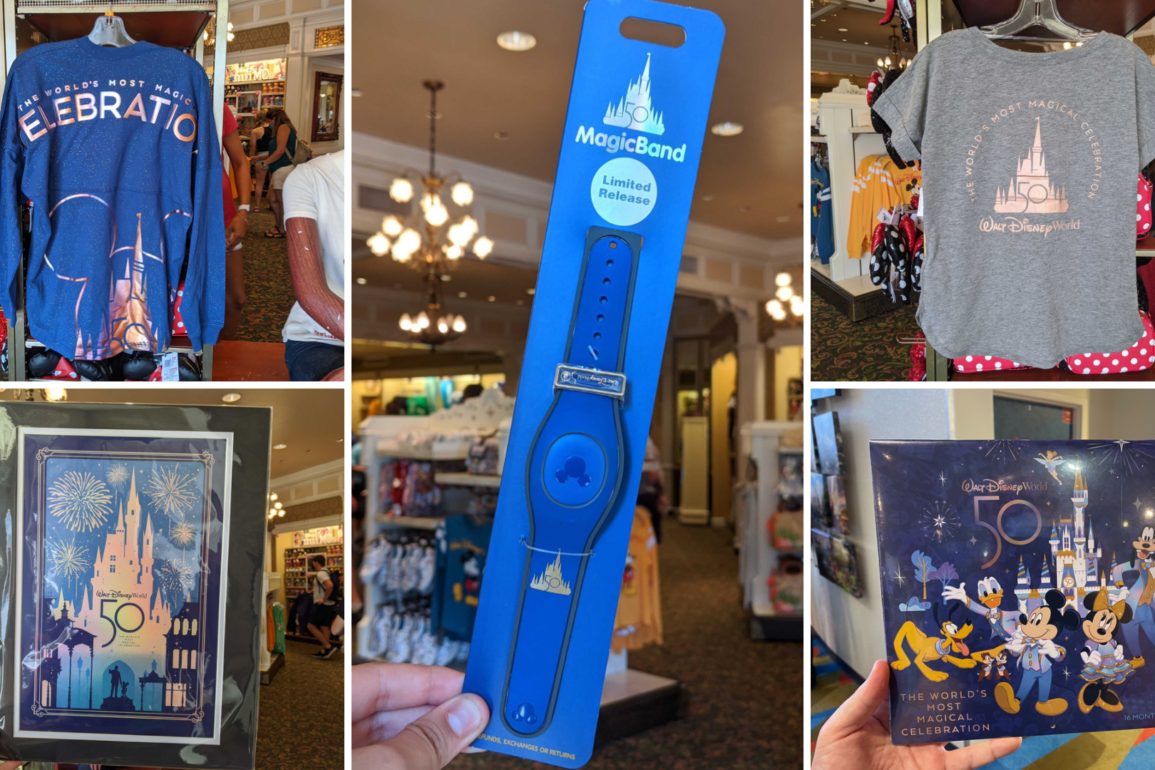 The 50th anniversary of Magic Kingdom is less than two months away and the first merchandise collection for “The World’s Most Magical Celebration” has just been released.

This limited-time “pre-celebration” line is mostly comprised of apparel, but also includes a travel tumbler, MagicBand, lithograph, and more.

We weren’t the only fans in the Emporium at Magic Kingdom this morning to pick up our items. We also found some of the collection at Bay View Gifts in Disney’s Contemporary Resort.

In an attempt to combat resellers, every item in the 50th collection is limited to two per guest.

This passholder-exclusive is only available behind the register.