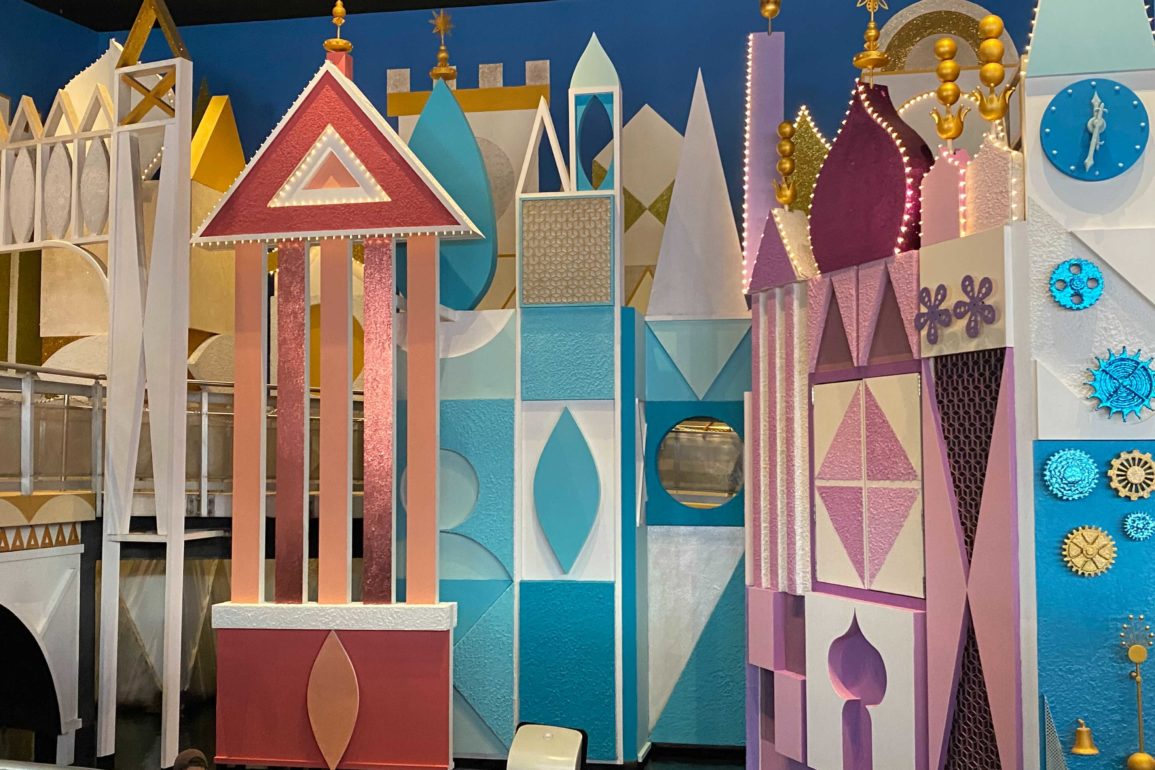 We’ve been keeping an eye on the refurbishment projects around the Magic Kingdom, from the Adventureland repaving to the Frontierland boardwalk replacement to the many changes that have come to the Jungle Cruise in recent weeks, and more. Almost everywhere you look across the park, something is being touched up for the Magic Kingdom to look its best on its 50th birthday in October.

One such refurbishment project has been over at “it’s a small world,” where the clock tower façade was recently painted from a bright white and gold to a glittery blue. Since then, colors have been spreading across the façade bit-by-bit, and we’ve been watching the progress. Today, we have more glitter and a few newly painted panels to report.

The blue paint that we saw added a week ago has since dried, and glitter has been added.

As can be seen with the gold behind this panel, glitter is affixed over the paint to give it a sparkly finish. It appears the same luster will come to the new colorful painting as it did for the more minimalist white-and-gold color scheme that was installed in 2005.

On the other side of the load platform, where guest boats exit the ride, we see more glitter added to the columns here.

All the other glitter had been installed during our last update.

Many sections around the edges, like here at the far end of the room where guest boats turn into the ride, are still waiting their turn for painting.

Similarly, the opposite edge of the façade that includes the guest walkway is still waiting for repainting to begin.

Are you excited to see the glittery, repainted façade of “it’s a small world” when it’s complete? Let us know in the comments below.

Next
Lovepop and Pelé Soccer Coming to Downtown Disney District