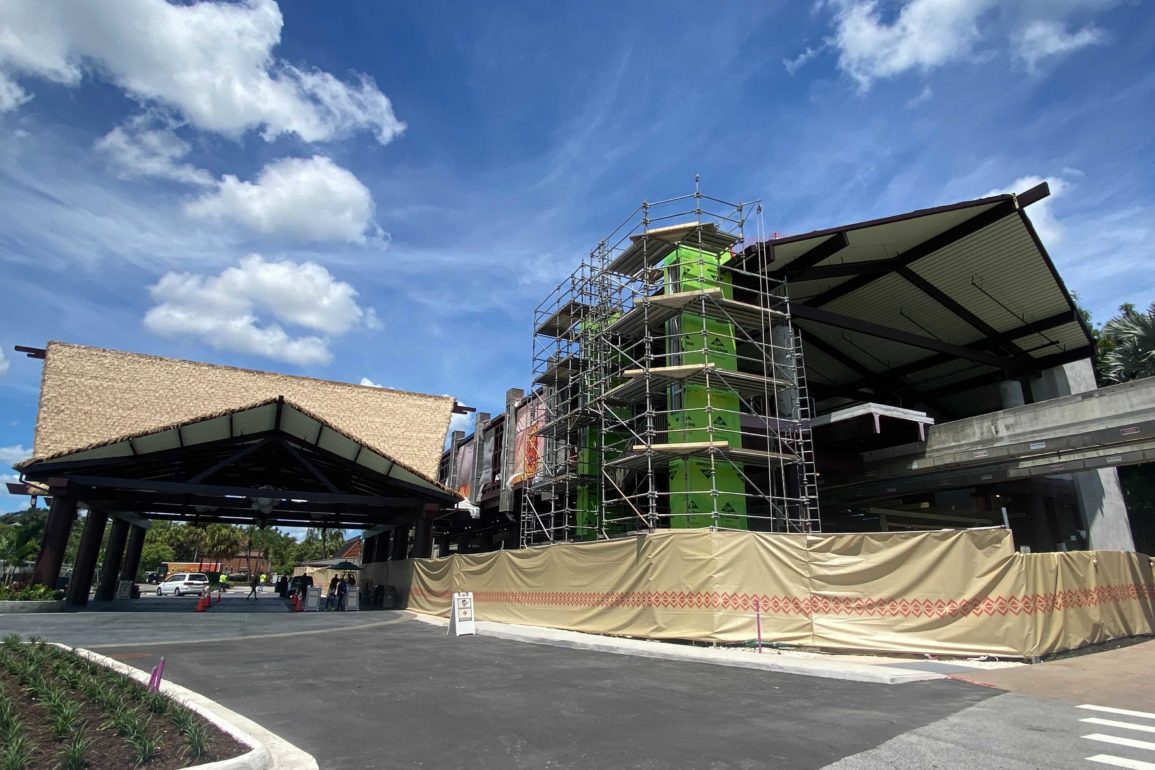 Construction of the new Walt Disney World Monorail station has been moving along steadily at Disney’s Polynesian Village Resort, with new elements being installed seemingly every day.

Looking up at the station platform, we can see that installation of the safety railings has begun, with the initial piece sticking out of the stairway.

The top half of the platform has now been painted stone gray, matching the column above. Previously, it was coated in a pink primer, and a trace of it can still be seen on the border between the gray and the brown underneath.

On the supports underneath, parts of the metal framework have been wrapped up, though the reason why is currently unknown.

More silver wiring elements have also been installed, as can be seen underneath the platform.

Scaffolding now surrounds the column and the stairway to the right side of the resort entrance.

Presumably, this means that work will begin on installing the decorative elements for this section very soon, as seen in the concept art below.

Over on the far left side of the station, similar work is being done, though it seems to be in earlier stages than the right.

When complete, a decorative element will be placed, hiding the emergency exit stairs.

Back on the left side, seemingly only a couple of panels are left to be installed.

The piece on the side of the station that conceals the stairway is seemingly complete as just the latest side of progress.

The bridge leading to the station entrance looks tranquil while all of the massive changes are taking place.

Inside the resort, however, we can see that even the bridge is getting work done.

The walkway’s ceiling has been stripped, presumably for new paneling.

No official reopening date for the monorail station has been announced. Currently, monorails continue to travel through the station without stopping.