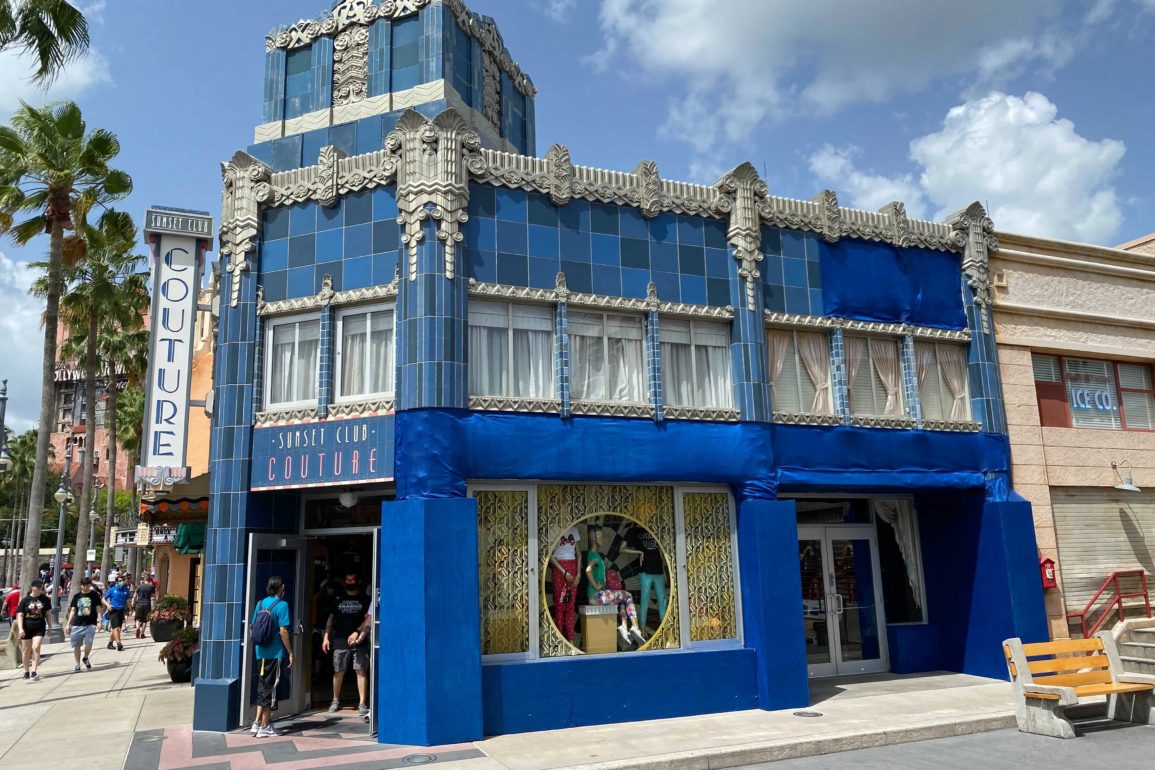 It’s been said that in Hollywood, the streets are paved with gold. But keeping that luster takes more than just gold. The azure façade of Sunset Club Couture at Disney’s Hollywood Studios is currently undergoing a refurbishment to keep its shine… shiny.

The beautiful multi-toned blue tiles are being worked on while guests are not around. And to protect the surfaces during the day, the work surface has been covered in a royal blue scrim. This protects the building from both the elements and prying eyes.

The entrances are still open, and the shop is still conducting business during the refurbishment. The display window is open as well, giving guests a sneak peek at the merchandise available inside.

This is just one of the many refurbishment projects happening around Walt Disney World as they prepare for the 50th anniversary of the resort in October. In Frontierland at the Magic Kingdom, Splash Mountain is covered in scaffolding as Chickapin Hill is refurbished. At EPCOT, Club Cool and the rest of Future World are being completely rebuilt. In Animal Kingdom, a recent construction permit at Primeval World belies removal of the defunct attraction. Many of the resort hotels are also under refurbishment, like Disney’s All-Star Movies Resort which just unveiled its new lobby design, partially revealed from behind construction walls.