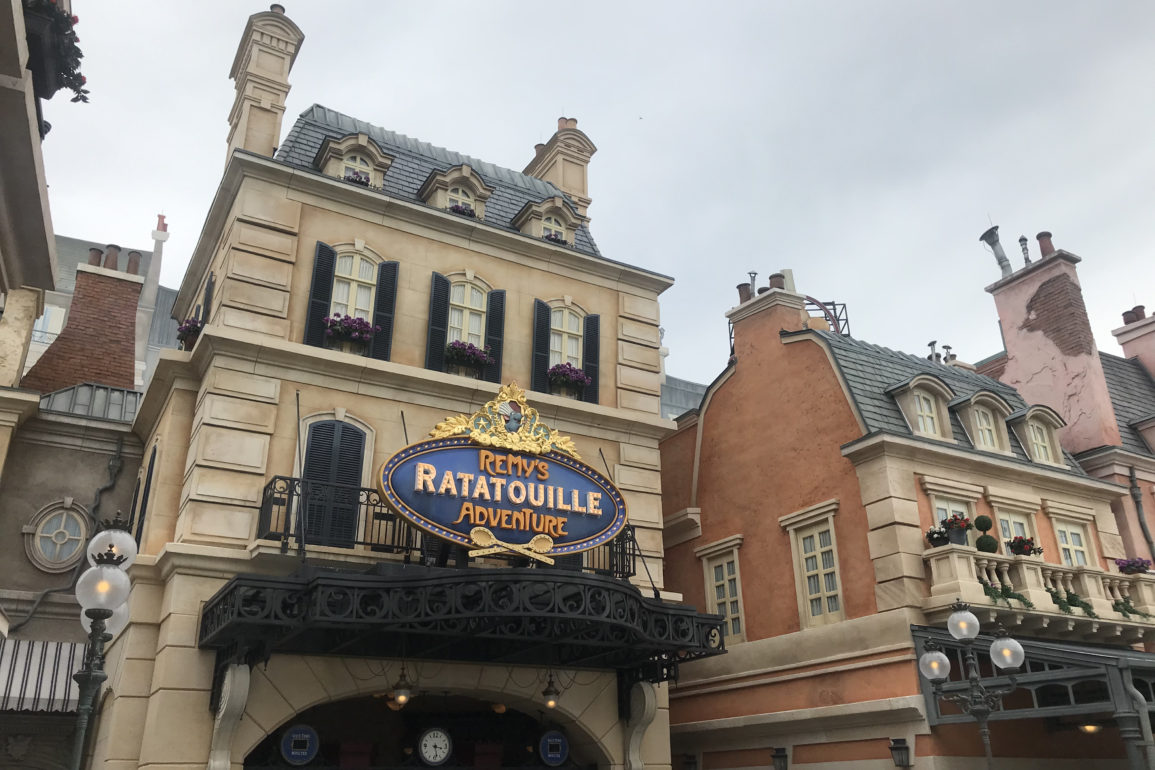 Excitement builds for Remy’s Ratatouille Adventure in the France pavilion at EPCOT as guest previews begin, a virtual queue is announced, and the official October 1st opening date draws near. In light of the 50th anniversary on the way, Senior Production Designer for Walt Disney Imagineering, Joe Vitale, released details today of the upcoming attraction and the recent expansion of the pavilion only few have seen so far.

The expansion doubled the pavilion in size and allowed for quite a lot of room for design details both large and small. For example, the walkway from the original pavilion area that leads to the attraction area is made to “evoke the feeling of a Parisian park beside the river Seine” Joe states in the Disney Parks Blog. Keep an eye out for the smaller furry details in this area that can be found along railings and benches to shrink you down into the world of Remy.

The Allée des Marchands (Alley of the Merchants) leading to the attraction once you turn the corner holds the much anticipated new La Crêperie de Paris inspired by a region of France called Brittany where crepes and good eats are celebrated. The new menu for the eatery was recently released where you can find crepes and galettes (hopefully made by Chef Remy himself).

Once you enter into the area that holds Remy’s Rataouille Adventure just beyond the archway at the end of the street, look for exaggerated details and colors and whimsical touches for the final transition into Remy’s France.

The smaller details in the area give nods to other aspects in the film, including a manhole cover depicting Remy’s treacherous adventure in the sewers of France.

Wine bottles in a shop’s storefront acknowledge the well-known morbid food critic, Anton Ego. True fans may also take note of the years listed on each of the bottles indicating its vintage, can you decipher it?

Chef Skinner and Chef Colette’s scooters that they drove in the movie and parked behind Gusteau’s sit in a neighboring corner in the area.

The immersive details will allow guests to be completely enveloped in the Lil’ Chef’s France, look for these and more when the new area opens to all guests on October 1st.

Next
PHOTOS: All Bronze Character Statues Removed From Hub at Magic Kingdom