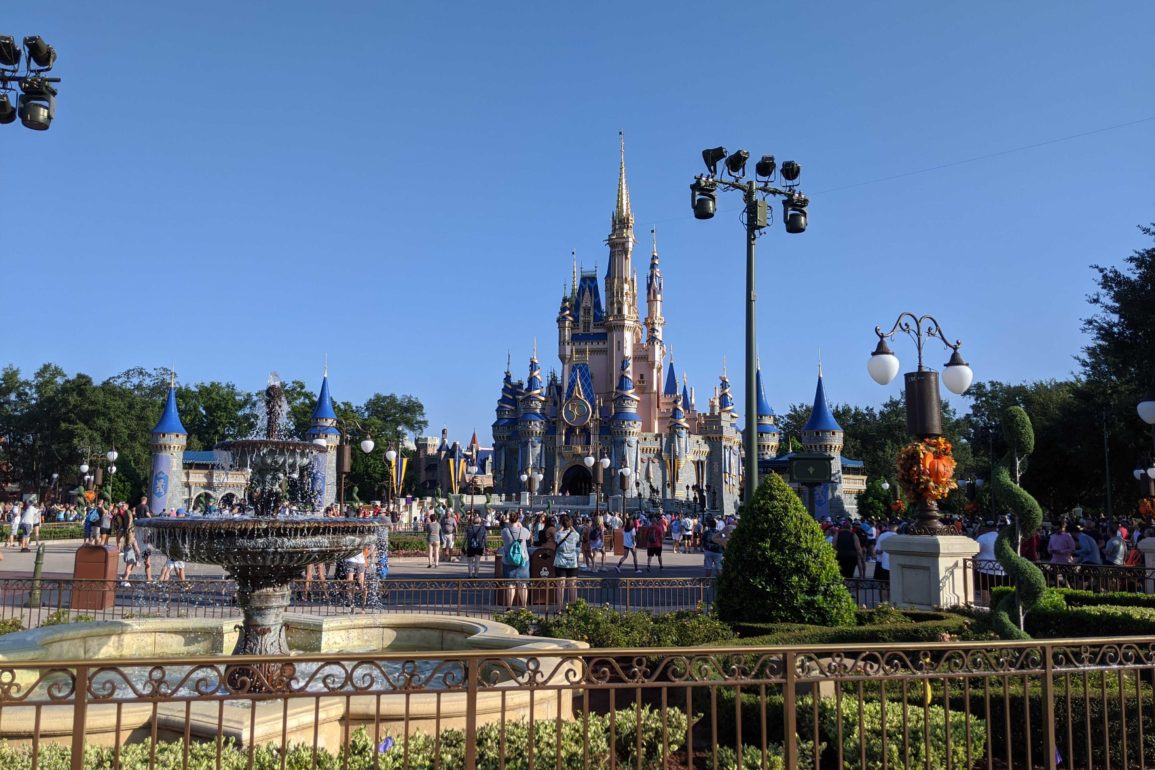 Yesterday, Br’er Rabbit’s bronze statue was removed from the hub of Magic Kingdom. Though we thought this was just part of the continued effort to remove references to Splash Mountain and Song of the South from Disney Parks, it turns out all of the bronze statues were being removed.

The statues and their pedestals are now all gone.

The dirt where the statues used to be has already been smoothed out.

Whether or not these bronze statues will ever return is unknown, but they are likely being replaced with the Disney Fab 50 Character Collection of gold statues for the park’s 50th anniversary.

Some Cast Members were still working on the garden areas where the statues sat this morning.

Below is concept art of Mickey and Minnie’s gold statues in the hub.

They are approximately where bronze statues used to be, on brand-new 50th anniversary bedestals.

Here’s a look at some of the bronze statues before they were removed.

REVIEW: Colorful New Uni-Cone for the Return of the Main Street Electrical Parade at DisneylandApril 22, 2022
Woman Arrested for Slapping Her Husband Over 'Stress of Disney World Vacation,' Insiders Continue to...June 26, 2022
Cast Members and Imagineers Hope Disney Will Halt Their Relocation to Florida Due to Ongoing Politic...April 28, 2022