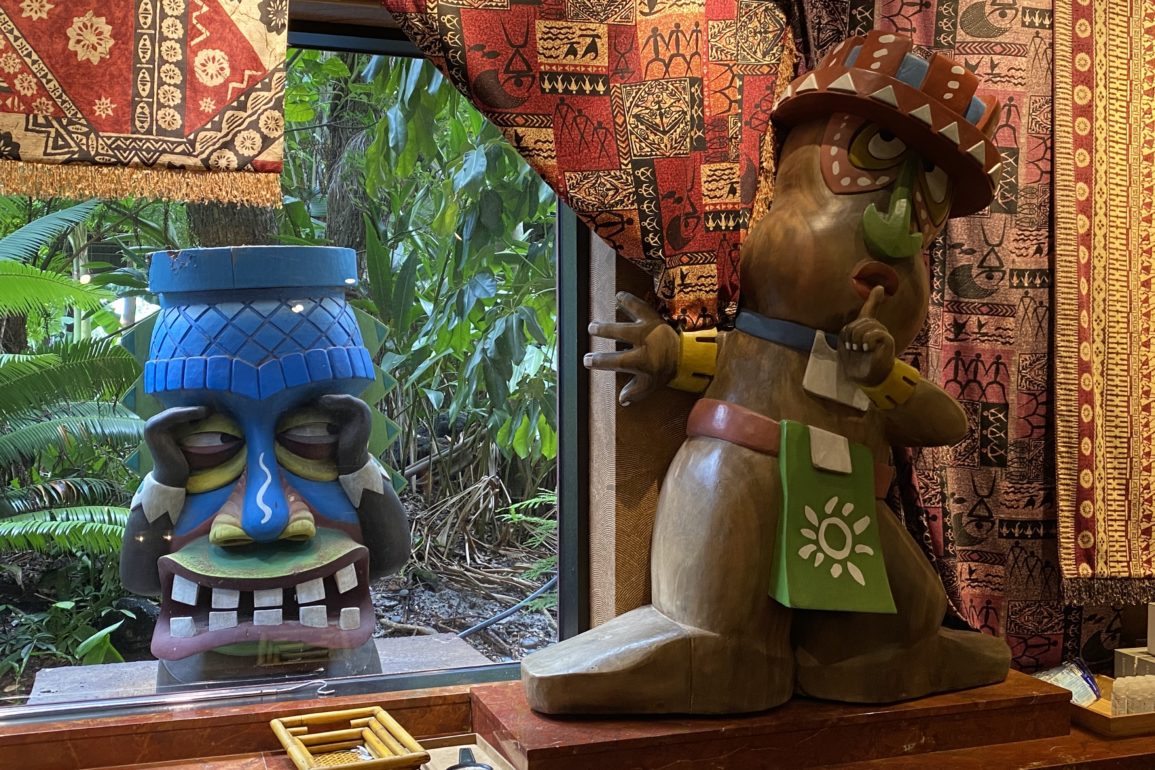 Royal greetings from the Magic Kingdom! Today, we make our way around Cinderella Castle to take a look at new additions and preparations before the 50th anniversary that is now just a few weeks away.

New 50th anniversary topiaries featuring Minnie and Mickey with a large iced cake arrived in front of the entrance to the park.

While the Main Street Confectionery hasn’t reopened yet from its refurbishment period, the section of windows featuring Huey, Duey, & Louie has been covered in a black curtain.

Jungle green pavement grows wilder in Adventureland as a new section appears in front of the popcorn cart.

The scaffolding around Splash Mountain has been completely removed after following its slow diminishment over the last few days.

Peter Pan’s Flight flags were returned to their posts at the attraction long after the refurbished sign returned.

Another returning favorite, the Croc, returned to his weathervane on the side of the attraction’s roof.

Big Top Souvenirs’ tent is power washed after the front of the establishment received a fresh coat of paint and the main entrance sign returned.

The remaining back area of Storybook Circus near Pete’s Silly Sideshow has reopened as a seating area and phone charging station.

Roof painting at Mad Tea Party is complete after the attraction received its Lightning Lane signage earlier this week.

The Commemorative Bricks and Ornaments Station is back off today, but for unknown reasons.

A new 50th anniversary Tiara is available for preorder at Crystal Arts on Main Street U.S.A.

Tiki Sippers are currently off of Aloha Isle’s menu, and it is unclear if they are just currently out of stock or receiving a new item in to replace it.

Over at Disney’s Contemporary Resort, we waved “hello!” to Minnie Mouse while waiting for a newly remodeled elevator.

The splash zone at the pool area behind the resort is still under refurbishment, and although the flooring was complete earlier in the week, maintenance appears to be still underway on the water mechanisms.

At Disney’s Polynesian Resort, the Hide & Seeki Tikis are back at play in BouTiki after we spotted the ‘peeky tiki’ hiding during the front entrance’s refurbishment.

The addition of new railings to the boat launch dock near the beach at the resort is still underway as more beams are installed.

Thanks for following along on an eventful day around the Seven Seas Lagoon!