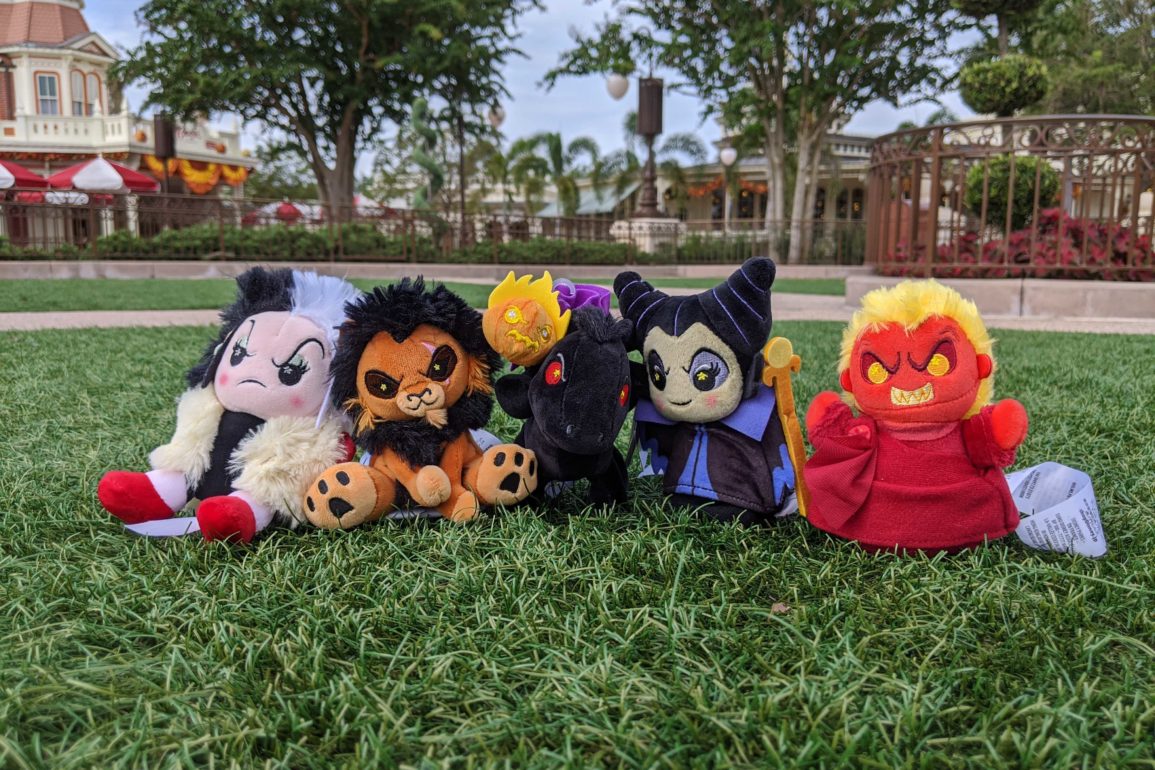 A new month brings us a brand new line of Wishables at Walt Disney World! And with the spooky season already in full swing, some of Disney’s most infamous baddies are stealing the spotlight.

This month’s collection is all about the Disney Villains. Like previous releases, the series consists of a mystery bag with one of four characters inside, as well as an open plush.

And as you may already know, the open Wishable features that ghostly rider of Sleepy Hollow, the Headless Horseman. Purchase limits are in effect for these Wishables, with guests restricted to two per item.

The Headless Horseman gets a cute upgrade (or downgrade, if you’re into his eerieness) as this month’s new open Wishable.

His fiery pumpkin head comes with a felt flame to accentuate his rage.

I can hear the soundtrack to Mickey’s Boo-to-You Halloween Parade already!

The mystery bag offers one of a quartet of sinister characters: Hades, Cruella de Vil, Scar, and Maleficent, each in that inimitable Wishables style.

And as luck would have it, the very first package we opened was the mystery variant, which happens to be Hades in his enraged red-and-yellow form, as opposed to his usual blue-and-gray.

Yikes! I know it’s just a plush, but I’d hate to run into this guy in a dark alley.

Maleficent works her magic as part of the collection.

The character comes with a staff attached to help her cast her spells.

Like all Wishables, Maleficent has stars in her eyes… literally.

Dalmatians, beware. Cruella de Vil is on the prowl with a scowl.

Strangely, she seems to be the only one in the collection that doesn’t have some sort of smile (or at least an evil grin). But then again, she’s always been the queen of mean.

The character comes in a pale yellow fuzzy “fur” coat, with her hands and feet covered in her trademark red gloves and shoes.

And it wouldn’t be Ms. de Vil without her black and white hairdo, the epitome of villainous fashion.

And finally, be prepared, because Scar is on the march in this collection.

The feet come accented with an embroidered black pawprint to accentuate his look.

And, of course, his namesake scar can be found over one of his eyes.

His black mane is so puffy; it would be tempting to try and pet this lion. (Do so at your own risk.)

We found these at the Emporium at the Magic Kingdom, but these are likely to be found all over Walt Disney World.