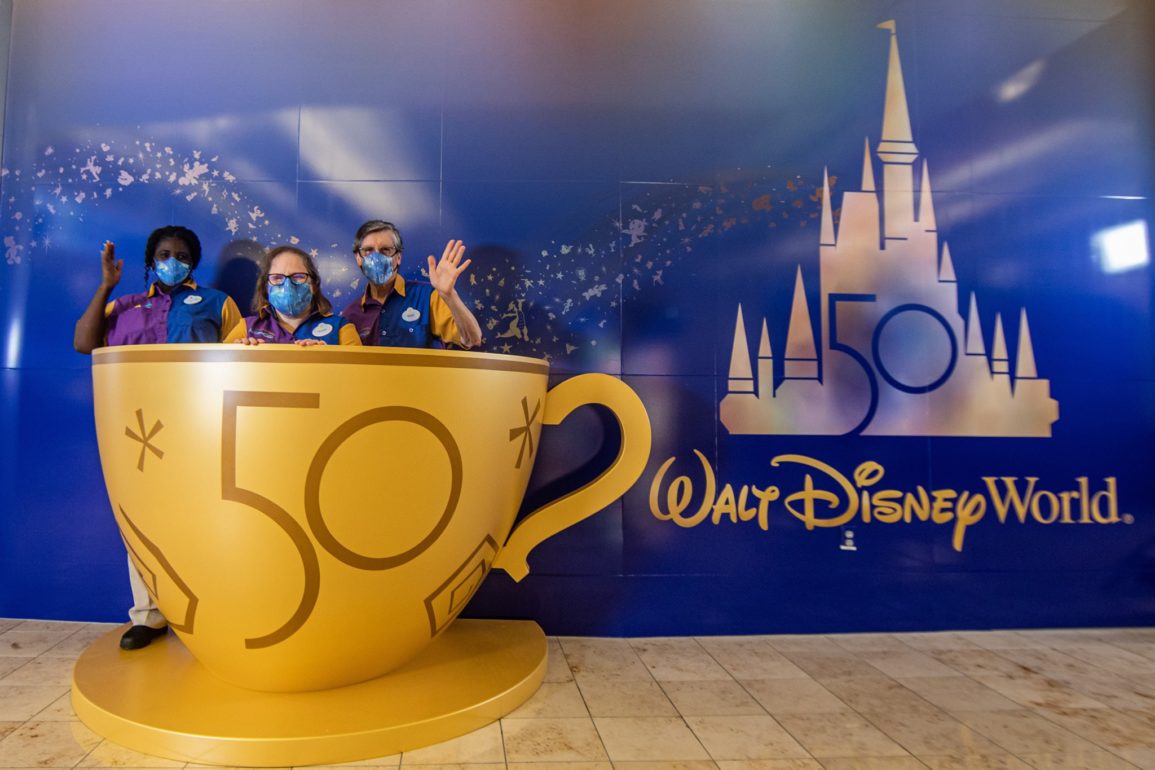 While the Walt Disney World Resort is getting all dressed up for its 50th Anniversary, the official gateway for many travelers to the magic of Disney, the Orlando International Airport (MCO), is also receiving an EARidescent makeover as well.

As featured on the Walt Disney World Cast and Community Facebook page, Disney announced that they were excited to share “new special art installation and other EARidescent magic” with not only the Cast Members working at Orlando International Airport but with guests arriving to the greater Orlando area.

The terminal train stations are just some of the locations getting a touch of that 50th Anniversary magic. 50th Anniversary banners, as well as window decals of characters like Miguel, Dory and Nemo will be seen by arriving guests.

There are EARidescent projections along some of the MCO floors.

There will also be fun photo opportunities as well, like with a giant golden 50th Anniversary tea cup and themed backdrop.