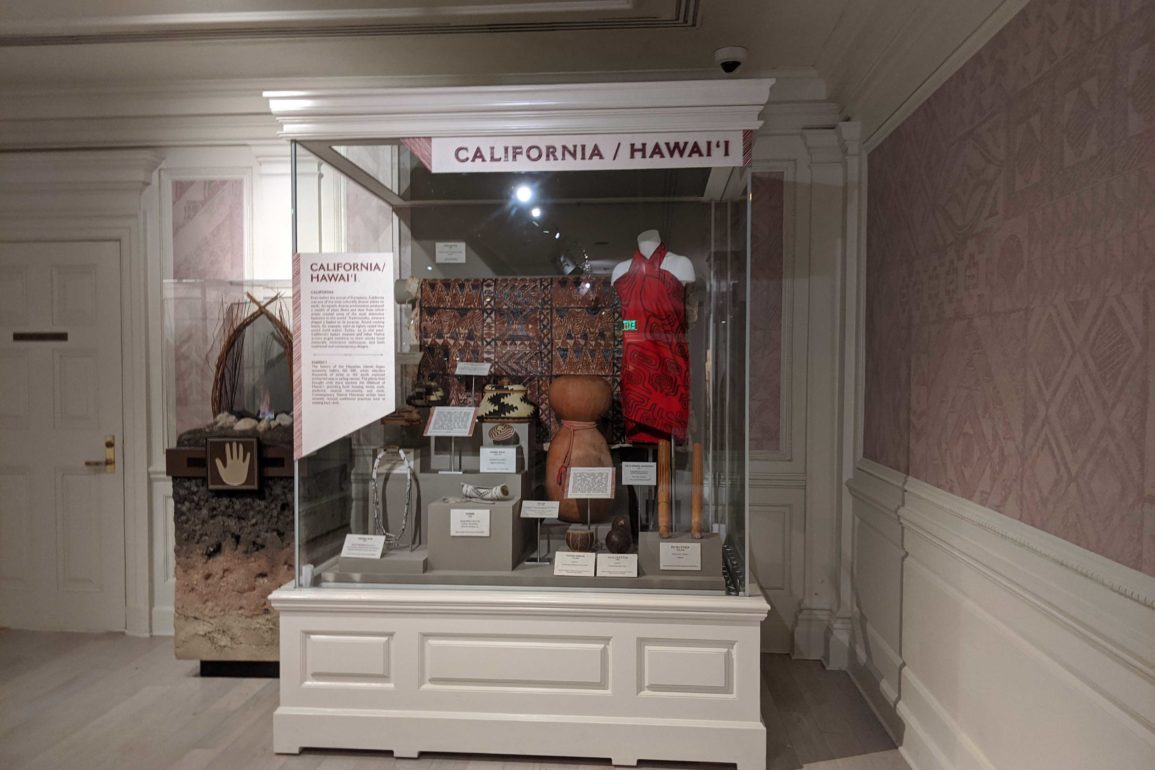 The American Heritage Gallery inside The American Adventure at EPCOT has reopened with new artifacts after a brief closure.

This gallery has long held the “Creating Tradition” exhibit, which highlights innovation and change in Native American (or American Indian) artwork from different regions of the country.

Each display inside is dedicated to a different region listed on the map.

Almost everything in the Southeast display case is new.

There are several dolls from the Seminole tribe.

There are outfits on display, with information about Seminole patchwork clothing.

This beaded bracelet was created in 1998 by Choctaw artist Marcus Amerman.

The covered basket (above) and men’s sashes (below) were already in the display previously.

The Plains case has seen the addition of a beautiful dress.

This Southern buckskin dress and accessories were created circa 2004 by members of the Comanche and Blackfeet tribes.

The basket appears to be all that’s new in the Eastern Woodlands display case.

There are also several new items in the California/Hawai’i case.

This red piece of clothing is called a he’e kīkepa.

There are several new instruments on display.

Here is a small drum and rattle.

This is a pu’ili stick made from bamboo.

Information about Hawai’ian chants is next to this gourd drum.

Though there was nothing else new in the gallery, we still stopped to take a look at the rest of the displays.